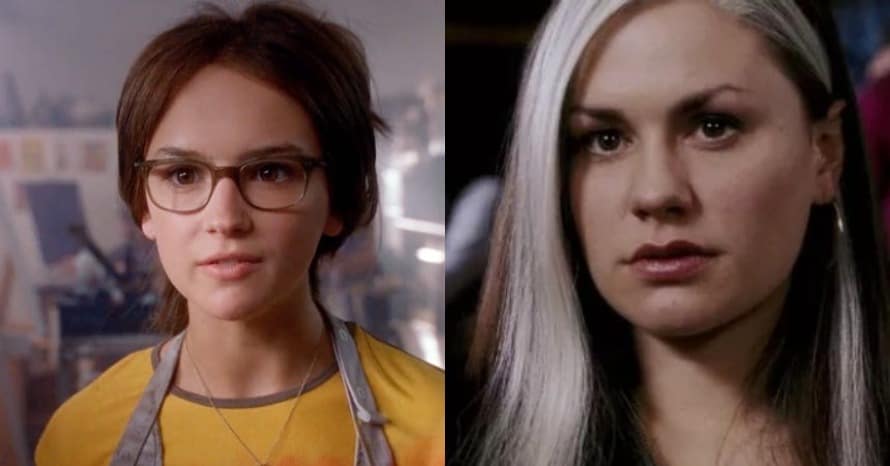 Rachel Leigh Cook revealed that passing on the role of Rogue in X-Men was a “huge misstep”.

One of the most beloved actors of the early late 90s and early 2000s, Rachel Leigh Cook was originally offered the role of Rogue in the original X-Men film, which was directed by Bryan Singer. After coming off of instant teen classics like The Babysitter’s Club and She’s All That, and terrifying but equally memorable ‘This Is Your Brain on Drugs’ PSA, it was a no-brainer for the rising star to take on the role of Rogue, who essentially acted as Marvel film’s audience surrogate. Cook eventually passed on the role, paving the way for her She’s All That co-star Anna Paquin to land the sweet superhero gig.

In hindsight, however, Rachel Leigh Cook believes that passing on the X-Men project was a “huge misstep”. In speaking with The New York Times, Leigh Cook opened up about how that “as soon as I saw the posters for it, I knew that I’d made a mistake.” The star continued by revealing how those close to her pushed her to take on more mature roles.

“I really thought what everyone told me was correct when they said, ‘What we need to do now is make sure you’re taken seriously,’ I definitely did things for the wrong reasons.”

Rachel Leigh Cook’s career continues to grow – she most recently starred in the Netflix comedy film He’s All That, which is faring well with younger audiences. As for Anna Paquin, she was last seen as Rogue in X-Men: Days of Future Past. Though her role in the theatrical cut was brief, she had an extended appearance in The Rogue Cut, which added 17 minutes to the final film.

The New Mutants was the last X-Men film to hit the big screen:

In this terrifying, action-fueled film based on the MARVEL comic series, five young people who demonstrate special powers are brought to a secret institution to undergo treatments they are told will cure them of the dangers of their powers. Included are Danielle Moonstar aka Mirage (Blu Hunt), who creates illusions from other people’s fears; Rahne Sinclair (Maisie Williams), who transforms into the werewolf Wolfsbane; Sam Guthrie (Charlie Heaton), who, as Cannonball, can fly at jet speeds protected by a force field; Roberto da Costa aka Sunspot (Henry Zaga), who absorbs and channels solar power; and Illyana Rasputin aka Magik (Anya Taylor-Joy). The younger sister of Colossus, Magik becomes encased in armor at will and wields a soulsword that amplifies her multiple superhuman and psychic abilities.

Invited by Dr. Cecilia Reyes (Alice Braga) to share their stories about when their powers first manifested, the five “patients” come to understand that they are in a class of people called mutants, who have historically been marginalized and feared. As they relive their origin stories, their memories seem to turn into terrifying realities. Soon, they question what is real and what isn’t, and it becomes clear that the institution isn’t what it seems. Now the question is — why are they being held captive? And who is trying to destroy them? The tension and horror mount in this white-knuckle thrill ride directed by Josh Boone and co-written by Boone and Knate Lee.

Stay tuned to Heroic Hollywood for all the latest news on the future of the X-Men franchise at Marvel Studios, and subscribe to our YouTube channel for more original video content!