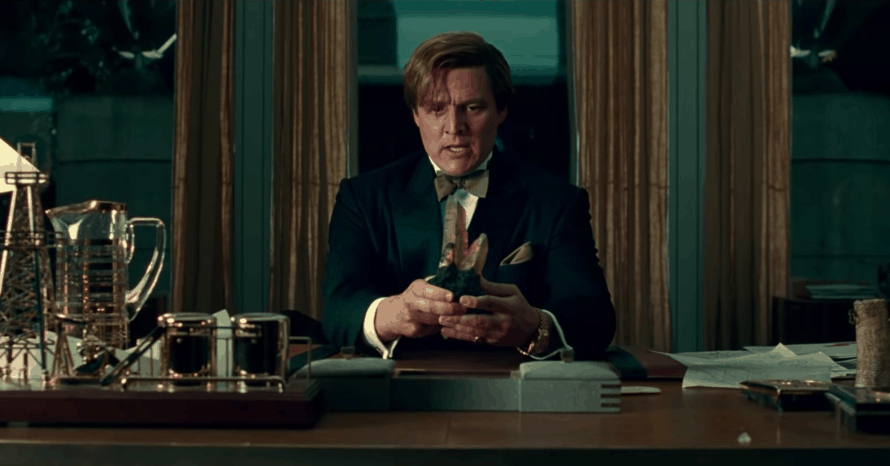 According to Geoff Johns, Wonder Woman 1984 nearly featured another villain instead of Pedro Pascal’s Maxwell Lord.

The eventual debut of Wonder Woman 1984 feels like a world away with the last few months being dominated by the likes of the Snyder Cut, WandaVision and The Falcon and The Winter Soldier. But now that the film has arrived on DVD and Blu-Ray, some interesting details about the development of the story have come to light. Mainly, that the writers and producers originally intended to use a completely different villain to Pedro Pascal’s Maxwell Lord.

In the Wonder Woman 1984 ‘Making Of’ featurette, the film’s writer (and notable DC Films figure) Geoff Johns explained that the story was originally going to use the Duke of Deception instead of Pedro Pascal’s Maxwell Lord. However, because the first Wonder Woman film featured an ancient God, they decided not to use another one for the sequel. The Duke of Deception is one of Diana Prince’s recurring villains in the comics, and has the ability to create realistic illusions. It’s quite easy to see where that might’ve tied into the main story of Wonder Woman 1984. Take a look at Geoff Johns talking about the villain

“We had toyed around early on about using the Duke of Deception, but it felt like we had already done a god in the first one with the God of War. And we didn’t want to be repetitive with another god.”

Are you glad Wonder Woman 1984 decided to keep Maxwell Lord instead of the Duke of Deception? What did you think to Pedro Pascal’s performance in the film? Sound-off in the comments below!

Here is the synopsis for the DC film:

Patty Jenkins returns to direct the next chapter in the story, which finds Diana Prince (Gal Gadot) living and working among mortals, remaining selfless in a vibrant era of excess and “having it all.” But her own values are challenged as she reunites with a lost love while stepping into the spotlight to help humanity escape a dangerous world of its own making. Also starring Chris Pine, Kristen Wiig, Pedro Pascal, Robin Wright and Connie Nielsen.

Wonder Woman 1984 is now available on HBO Max and in select theaters. Stay tuned for all the latest news surrounding Pedro Pascal and Maxwell Lord in the DC Extended Universe and be sure to subscribe to Heroic Hollywood’s YouTube channel for more exclusive video content!