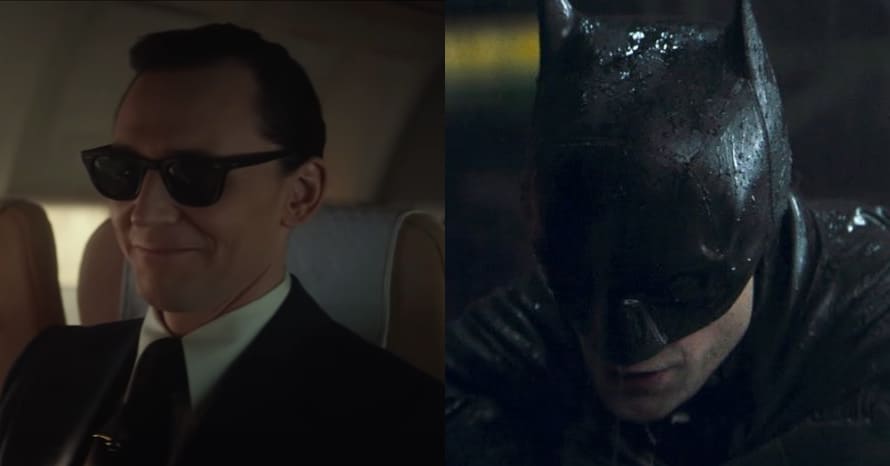 Tom Hiddleston trades in his signature Loki horns and transforms into the Clown Prince of Crime as a fan favorite choice to play Joker in Robert Pattinson’s The Batman trilogy.

Robert Pattinson’s The Batman is already doing some heavy lifting on the villain front by introducing several with The Penguin, Catwoman, Carmine Falcone, and The Riddler. With Matt Reeves doing so much to build his own version of Gotham City and its rogues, it is hard to imagine it not including The Joker at some point in the trilogy. Whoever slips into The Joker role in the future has no easy task per usual, but Tom Hiddleston continues to be a top choice by fans.

Over the years, Tom Hiddleston has become a fan favorite for The Joker thanks to his charismatic performances as Loki in the Marvel Cinematic Universe along with his slender frame. While the actor might be playing Loki for a few more years due to the Disney Plus series, he could be done with the role by the time Robert Pattinson’s The Batman trilogy is ready to bring in a fresh take on the Clown Prince of Crime. Digital artist Jaxson Derr pitches Hiddleston as The Joker in a piece of concept art that you can check out below.

Could you see Tom Hiddleston as The Joker for Robert Pattinson’s The Batman trilogy? Sound-off your hot takes in the comments section below!

The plot of The Batman is being kept a closely guarded secret, but we know the film will follow Robert Pattinson as a younger Bruce Wayne, chronicling Batman during his second year as Gotham City’s Dark Knight. The Batman will also show off the hero using his skills as a detective more than what we’ve seen before in previous versions of the character. It is also expected to be the first installment in a new trilogy of films starring Pattinson.

Directed by Matt Reeves from a script he co-wrote with Mattson Tomlin, Robert Pattinson stars as the Caped Crusader, Zoe Kravitz as Catwoman, Paul Dano as the Riddler, Jeffrey Wright as Commissioner James Gordon, John Turturro as Carmine Falcone, Peter Sarsgaard as Gil Colson, Jayme Lawson as Bella Reál, with Andy Serkis as Alfred Pennyworth, and Colin Farrell as the Penguin.

The Batman is currently scheduled to hit theaters on March 4, 2022. Stay tuned to Heroic Hollywood for all the latest news on the Robert Pattinson film, Tom Hiddleston’s Loki, and make sure to subscribe to our YouTube channel for more video content.