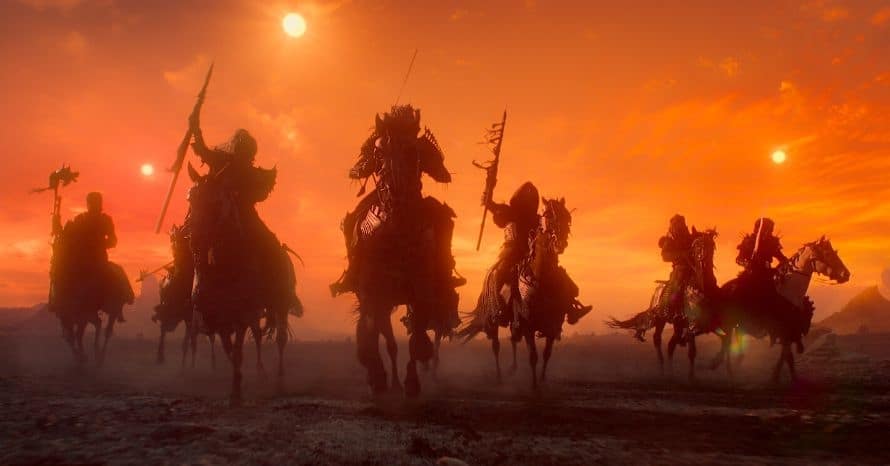 Concept art from the second season of Henry Cavill’s The Witcher Season 2 provides a terrifying look at The Wild Hunt.

The second season of Henry Cavill’s The Witcher departed from the structure of the first in a few big ways. The storyline was more interested in telling a more complete and more coherent story. This included providing season-long antagonists and a story that lasted throughout the season. Some of these antagonists were defeated by the season’s end while others will undoubtedly be a threat for years to come. Yet our heroes’ biggest foes are on the horizon.

In the season finale of The Witcher, a group of black riders appeared in another dimension Ciri accidentally took herself, Geralt, and Yennefer to. The riders called to Ciri by name and attempted to abduct her before the three were transported back to their own realm. The riders in question were identified as The Wild Hunt.

In The Witcher books and video games, The Wild Hunt is a group of riders who are said to be specters who are omens of war. Eventually, they are revealed to be dimension-hopping elves who travel across worlds in order to find more slaves and set their sites on Ciri for her Elder Blood. The riders of The Wild Hunt make a brief but memorable appearance in the show. A newly released set of concept art has given us a closer look at the member of The Wild Hunt in all of their dark glory. You can see the full images below:

Here is the official synopsis for Season 2 of The Witcher:

The second season of Henry Cavill’s The Witcher is currently streaming on Netflix. Stay tuned for all the latest news surrounding the series and The Wild Hunt’s involvement in it and be sure to subscribe to Heroic Hollywood’s Youtube channel for more original video content.