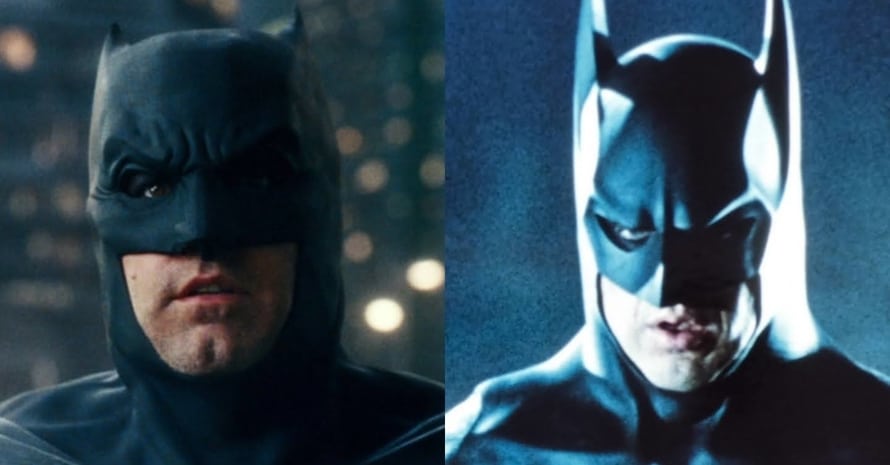 Ben Affleck revealed that he didn’t see Michael Keaton’s Batman on the set of The Flash.

After debuting in Batman v Superman: Dawn of Justice, Ben Affleck is officially set to retire from the role of Batman in DC’s upcoming The Flash. The upcoming solo film led by Ezra Miller will take on the iconic Flashpoint storyline with a multiverse twist. Not only will the project wrap up Ben Affleck’s saga as Batman in the DC Extended Universe, but it will also reintroduce audiences to Michael Keaton’s Caped Crusader. Keaton last reprised his role as The Dark Knight in 1992’s Batman Returns.

The role was eventually siphoned off to Val Kilmer, who then passed the torch on over to George Clooney, who starred in the maligned Batman & Robin. With The Flash featuring two Batmans, is it too much to assume that there could be 3? According to Ben Affleck, yes.

In a recent interview with Jimmy Kimmel, Ben Affleck was asked if his Tender Bar co-star George Clooney appeared as his Batman in The Flash. Affleck responded that he had no idea if Clooney was in the film. However, the real shocker came when he claimed that he didn’t see Michael Keaton on the set of the DC film.

But I don’t believe he’s in the ‘Flash’ movie. But then again, I didn’t even see Michael Keaton, so maybe [Clooney] is there?”

It’s disappointing to hear that Ben Affleck didn’t see Michael Keaton on set. Many fans were hoping to see both Batmen share the screen in the upcoming DC film. Affleck may be playing coy about meeting Keaton and we sure hope he is, as it would be brilliant to see two different Batman generations interact with one another.

Directed by Andy Muschietti from a script written by Birds of Prey scribe Christina Hodson, The Flash will be inspired by the Flashpoint comic storyline, which followed The Flash as he navigated an altered DC Universe. Written by Geoff Johns and penciled by Andy Kuber, Flashpoint radically altered the status of the DC Comics universe and led to the launch of the New 52 titles. It is currently unknown how much inspiration the upcoming Ezra Miller film will take from the comic.

The upcoming solo film will star Ezra Miller reprising their role as Barry Allen from Justice Leauge joined alongside Kiersey Clemons as Iris West, Maribel Verdú as Nora Allen, Ron Livingston replacing Billy Crudup as Henry Allen, Sasha Calle debuting as Supergirl, and the return of Michael Keaton and Ben Affleck as their versions of Batman.

The Flash is set to hit theaters on November 4, 2022. Stay tuned for all the latest news surrounding the film and be sure to subscribe to Heroic Hollywood’s YouTube channel for more original video content.