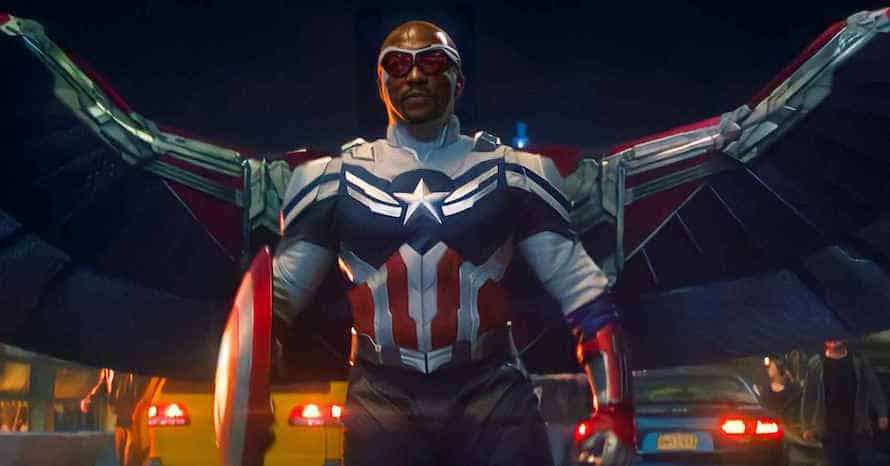 The Falcon and The Winter Soldier VFX supervisor has revealed that a scrapped idea had Captain America throwing the shield with his wings.

Last month, the final episode of The Falcon and The Winter Soldier debuted on Disney Plus. This episode saw Sam Wilson fully embrace the role of Captain America, donning a new suit made by Bucky Barnes’ friends in Wakanda. The season finale showed Sam Wilson using both the shield and his wings to great effect while battling the Flag Smashers. At one point, however, the character would have used this combo in a different way.

While speaking to Screen Rant, The Falcon and The Winter Solider VFX Supervisor Eric Leven revealed that one of the ideas that they had involved Sam Wilson throwing the shield and catching it with his wings. While this did not make it into the show, he still hoped that the idea would end up in a future Marvel Cinematic Universe project:

“For example, in [Episode] 6 when Captain America is flying around trying to save that helicopter, we were trying to figure out what’s a really cool moment; what’s something cool he could do here to make his character more interesting? What we settled on was he saves the police helicopter pilots on the bridge and he covers himself up. That was something that was added after we’d done the initial previs.

There were explorations like that. It just happened that for this show, we didn’t have the chance to use that stuff. Maybe that stuff gets used in the future, or maybe not.”

Would you have liked to have seen Captain America catch the shield with his wings? How would you have improved the season finale of Falcon and The Winter Soldier? Let us know what you think in the comments below!

Here’s the official synopsis for the series:

The Falcon and The Winter Soldier is available on Disney Plus. Stay tuned for all the latest news on the future of the Marvel Cinematic Universe and be sure to subscribe to Heroic Hollywood’s YouTube channel for more original video content!