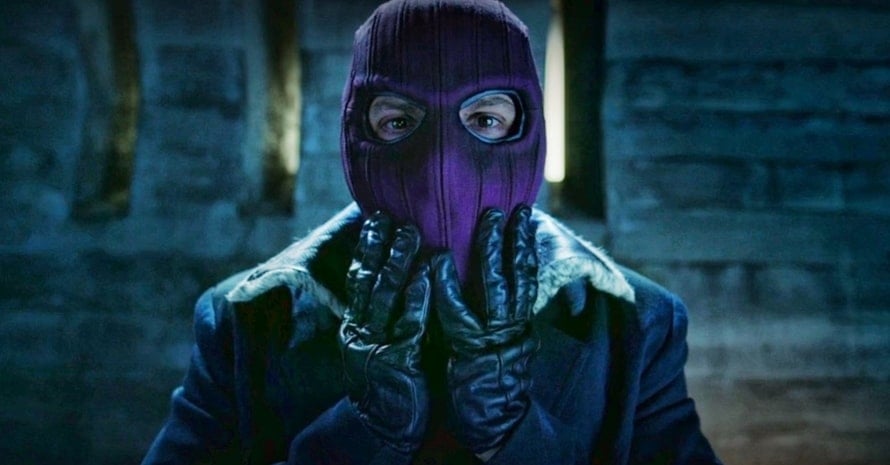 Baron Zemo actor Daniel Brühl teased his fight with the Wakandan warrior Ayo in future episodes of The Falcon and The Winter Soldier.

After the third episode of The Falcon and The Winter Soldier revealed that Ayo (a member of the Wakandan Dora Milaje) is hunting Baron Zemo now that he’s out of prison, Daniel Brühl has opened up about what to expect from the coming conflict. He told Entertainment Weekly that it was a joy to work with Florence Kasumba since she also speaks German. However he pointed out that because Ayo is a talented fighter, “this is trouble” for Zemo.

“Oh yeah. These are very intimidating warriors who are after me. As much as I enjoyed me, as in Daniel, seeing [Ayo actress] Florence [Kasumba] again and talking to her — the only other German-speaking actor on the set — for Zemo, this is trouble. He should better watch out.”

Ayo clearly wants to put Daniel Brühl’s villain back in prison for the murder of King T’Chaka in the United Nations bombing audiences saw in Captain America: Civil War. However, Bruhl plans on being as secretive as Zemo himself, refusing to spoil anything about the next few episodes of The Falcon and The Winter Soldier. However, he teased that there will be “interesting twists and turns and surprises along the way.” Hopefully in the upcoming episode we’ll see how Ayo reacts to the news that Bucky Barnes helped free Zemo – and how that will strain things for this eclectic group of characters. Take a look at Daniel Brühl discussing the series below.

“No, no. I would never do that. Like Zemo, I just enjoy being opaque and secretive. So, I wouldn’t answer that question. There will be interesting twists and turns and surprises, I can assure you. Keeping up that cinematic level until the very end really impressed me because it’s like six movies. These action segments, when you look at them, don’t look much different than in the movies. To create this is mind-boggling. I sincerely don’t know how they do that. But as in the story, I would prefer not to say anything. I’m the master of spoilers.”

What do you make of Daniel Brühl’s words? Are you excited to see the next episode of The Falcon and The Winter Soldier? Sound-off in the comments below!

Here is the official synopsis for the Marvel Studios series:

The Falcon and The Winter Soldier premieres exclusively on Disney Plus every Friday. Stay tuned to Heroic Hollywood for all the latest news on Daniel Brühl and the future of the Marvel Cinematic Universe, and make sure to subscribe to our YouTube channel for more content!