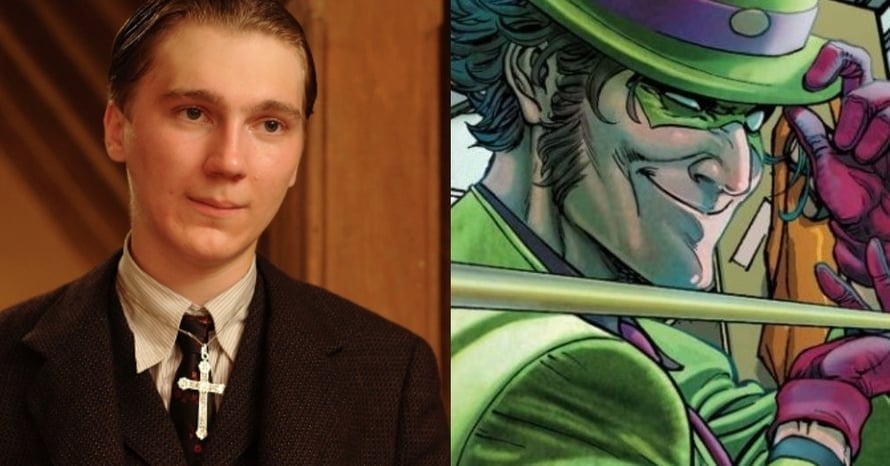 Paul Dano recently talked about playing The Riddler in The Batman, praised Matt Reeves’ script, and touched on the film’s delay.

The Batman has a lot of exciting elements going for it including the star-studded cast Matt Reeves has assembled for the project. The Riddler is expected to be the film’s main villain with The Penguin and Catwoman also involved in someway. Based on reports, Jonah Hill was up for The Riddler, but that role would eventually go to indie-film darling, Paul Dano.

We’ve heard several cast members talk about The Batman except for Paul Dano… until now. While speaking with The Playlist, Dano teased his upcoming role as The Riddler and the delay the film is currently facing:

“I can’t even legally can’t say anything about it. There’s something fun there in my character and in all the characters. It’s the kind of movie that we’re just desperate to share on the big screen in a big way. So, I hope we all figure this [coronavirus situation] out and get excited to see a Batman movie. It will be worth it. It’s going to be really cool.”

“I was filming. I flew home to visit my baby and then didn’t get to fly back [to set, because of Coronavirus], which is a really strange thing. But I feel really good about it. I think Matt Reeves is the real deal. I was really surprised by his script, which I think is, is potentially really powerful. Hopefully we’ll get to get back to it sometime soon? I’m not sure.”

What is your favorite casting choice for The Batman? Let us know in the comments section below!

Full plot details on The Batman are currently under wraps, though the film will center around a younger Bruce Wayne and feature a Rogues’ Gallery of villains that includes Catwoman, The Penguin, and The Riddler. Following the Caped Crusader during his formative years as Gotham City’s protector, the upcoming film will make use of the hero’s detective skills to a greater extent than previous live-action adaptations. It is expected to be the first chapter in a new trilogy with Robert Pattinson.

Directed by Matt Reeves from a script he co-wrote with Mattson Tomlin, The Batman stars Robert Pattinson as the Caped Crusader, Zoe Kravitz as Catwoman, Paul Dano as the Riddler, Jeffrey Wright as Commissioner James Gordon, John Turturro as Carmine Falcone, Peter Sarsgaard as Gil Colson, Jayme Lawson as Bella Reál, with Andy Serkis as Alfred Pennyworth, and Colin Farrell as the Penguin.

The Batman is currently scheduled to hit theaters on October 1, 2021. Stay tuned to Heroic Hollywood for all the latest news surrounding Batman and subscribe to our YouTube channel for more video content in the future!