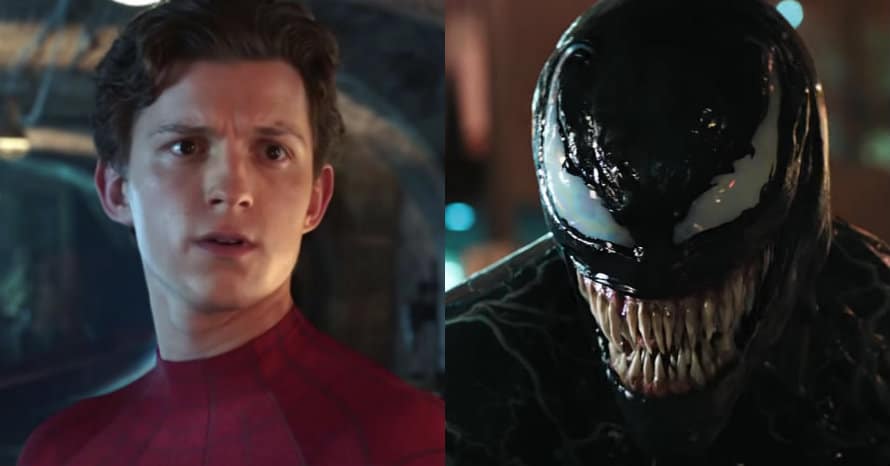 Early drafts of Venom: Let There Be Carnage included a role for Spider-Man.

Ever since the first Venom film starring Tom Hardy was announced, fans were pretty surprised to see the beloved comic book character get his own film separate from Spider-Man, given that in the comics, his origins are rooted specifically in the webhead himself to the point where he literally has a giant Spider emblem on his chest. The first film received mostly negative reviews from critics, but became a surprisingly massive hit for Sony Pictures at the box office.

With Venom: Let There Be Carnage, we get a further expansion of Eddie Brock’s world, particularly with his conflict with the titular villain portrayed by Woody Harrelson. With that in mind, fans have been pretty excited at the prospect of Tom Hardy’s Venom facing off against Tom Holland’s Spider-Man at some point, and earlier drafts featured that.

SPOILER WARNING: The rest of this article explores the mid-credits sequence of Venom: Let There Be Carnage. Read at your own risk.

The mid-credits scene for Venom: Let There Be Carnage features a Multiverse-shattering reveal for audiences when we see a report from The Daily Bugle on the TV in which the Marvel Cinematic Universe’s J. Jonah Jameson (J.K. Simmons) is reporting on the revealed identity of Spider-Man as Peter Parker. This moment confirms many fans’ hopes: that Eddie Brock and Peter Parker will inevitably face off.

When asked about the mid-credits scene by THR, director Andy Serkis mentioned that Spider-Man was involved in previous drafts before he even took on the project:

“[The mid-credits scene was] 100 percent in flux, yeah. It couldn’t have been more in flux-y if you tried. Yeah, of course, it was something that they talked about from before I even came on to the movie. There were moments where he [Spider-Man] was going to be in the story, potentially, and then he wasn’t. But no, we decided that we wanted to really examine the Venom-verse first. So as we were going through principal photography, the inevitable discussions had to be had, but it wasn’t until very, very late on that we reached the precise notion of the teaser that we wanted to lay in there.”

It is only a matter of time before we finally see Venom and Spider-Man face off. Will it be in Spider-Man: No Way Home? Perhaps it will be in the upcoming third film? Either way, fans have plenty of reasons to be stoked.

Here is the synopsis for Venom: Let There Be Carnage:

Venom: Let There Be Carnage is now playing in theaters. Be sure to continue following us on the latest news on Sony’s Spider-Man Universe, and subscribe to Heroic Hollywood’s YouTube channel for more original video content!