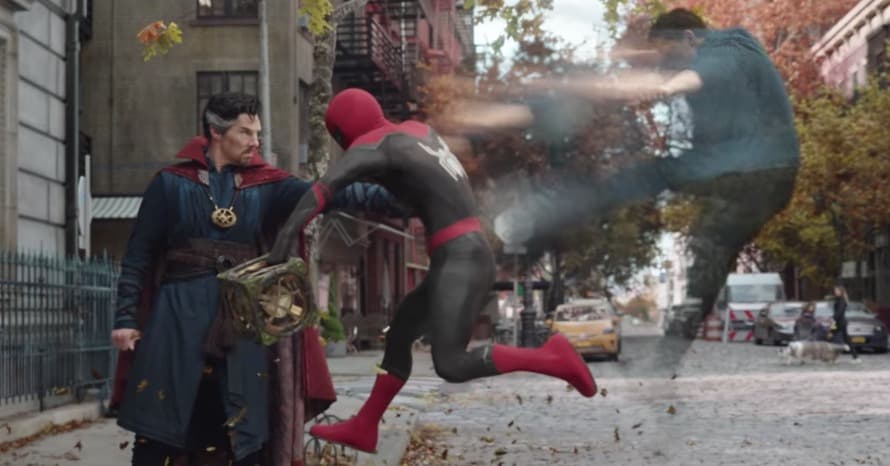 The new trailer for Spider-Man: No Way Home is set to debut at a Los Angeles fan event this coming week.

The highly-anticipated new trailer for Spider-Man: No Way Home will finally debut on Tuesday November 16 in Los Angeles, CA. Lucky fans near that area will have the opportunity to attend the premiere of the new trailer, which will be held at the Regal Sherman Oaks at 5 p.m. PST. It is unconfirmed whether or not the trailer will immediately debut online afterwards.

Websites including ComicBook.com, Collider and ScreenRant are giving away tickets for the Spider-Man: No Way Home fan event. Those who attend should expect to be greeted with “big surprises.” Given that the film is roughly a month away from its release, Sony Pictures is looking to put the film’s marketing campaign into maximum overdrive. The film is perhaps the most-anticipated MCU entry since Avengers: Endgame, and it will certainly be one of, if not the biggest blockbuster amidst the pandemic era.

The first trailer debuted online back in August, giving fans a glimpse at the chaotic life of Peter Parker (Tom Holland), whose identity is now public. After meeting with Doctor Strange for some help, it appears that the Multiverse has been unleashed, bringing in new threats that will prove to be the most dangerous mission for Spider-Man yet.

Spider-Man: No Way Home will hit theaters on December 17, 2021. Stay tuned for all the latest news surrounding the film, and be sure to subscribe to Heroic Hollywood’s YouTube channel for more original video content.