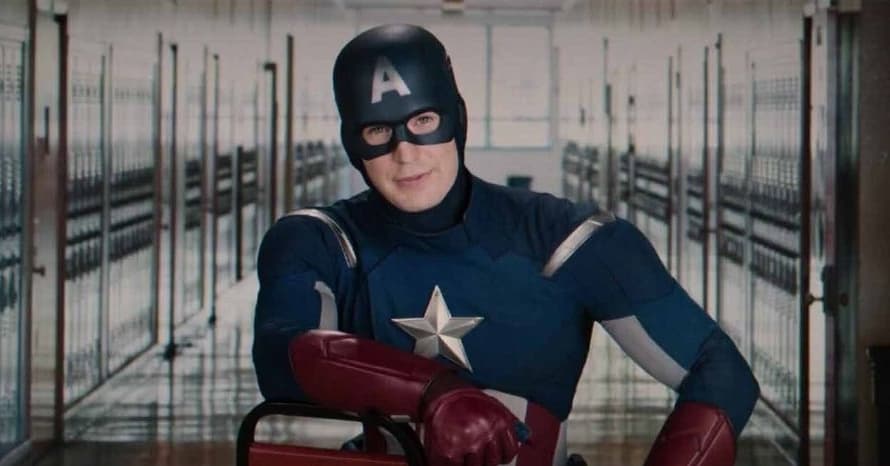 The current state of the Spider-Man franchise has been a bit on the bizarre side. It originally seemed like Tom Holland’s Spider-Man films were set to remain apart from whatever else Sony was doing with the characters they still held the rights to. Then Michael Keaton’s Vulture appeared in the first trailer for Morbius and threw all that for a loop. But before that happened the franchise seemed to content to contain supporting roles and cameos from characters like Captain America and Iron Man.

In Spider-Man: Homecoming Chris Evans’ Captain America appeared in a limited capacity. Specifically, the character appeared in an educational video that was being shown to Peter Parker’s gym class, in a detention video, and in an after-credits clip. But apparently, the film was originally supposed to have even more of these.

Earlier this week a quarantine watch party for Spider-Man: Homecoming was hosted by Comicbook.com’s Brandon Davis. The party was joined by screenwriter Jonathan Goldstein who revealed that the script had about five more of these Captain America-style educational videos in them:

Here is the synopsis for the latest film in the franchise, Spider-Man: No Way Home:

Spider-Man: No Way Home will hit theaters on December 17, 2021. Stay tuned for all the latest news surrounding the future of the franchise and be sure to subscribe to Heroic Hollywood’s YouTube channel for more original video content.