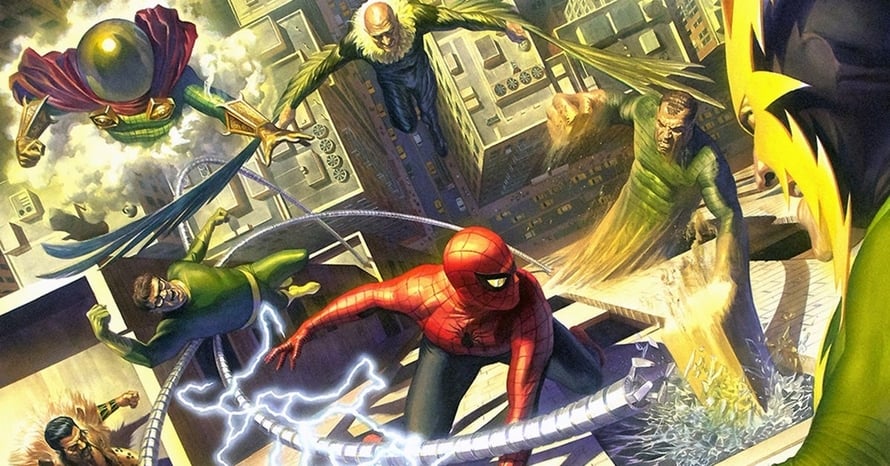 Sony is still reportedly planning for their Spider-Man universe to feature a Sinister Six film in the future.

It’s no secret Sony really wants to make a Sinister Six film with Spider-Man’s most iconic villains. A few years ago, the studio tapped Drew Goddard to helm a project that would’ve involved Andrew Garfield’s Spider-Man facing off against his greatest foes.

It’s now heavily rumored that Spider-Man: No Way Home will feature a version of the Sinister Six, but that doesn’t seem to be it for the supervillain team. Anthony D’Alessandro shared on Deadline’s Hero Nation podcast that Sony is not only going to connect Tom Hardy’s Venom with their Spider-Man universe, they are also building up to a Sinister Six film:

“Because Sony’s always kept, outside of the current Spider-Man stuff they’re doing with the Disney MCU, Sony’s always kept their Marvel stuff separate, and with this Venom, they’re actually going to connect to the Spider-Man universe [that’s being set-up with the] Disney MCU. So that’s very interesting. I know one of their long-term goals is to make Sinister Six . That’s kinda the project we’re all waiting for; their version of the bad guys from the Spider-Man [universe].”

Venom: Let There Be Carnage will hit theaters on October 1. Stay tuned for all the latest news on the future of Sony’s Spider-Man universe, and be sure to subscribe to Heroic Hollywood’s YouTube channel for more original video content.