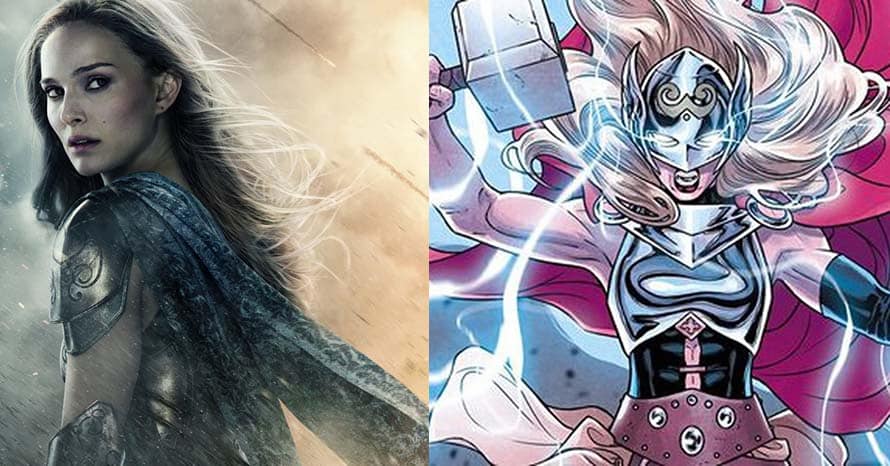 After her notable absence from Thor: Ragnarok, Natalie Portman is set to reprise her role as Jane Foster in Taika Waititi’s Thor: Love and Thunder. The highly-anticipated film will give fans a chance to catch up with the character, who hasn’t been seen in the Marvel Cinematic Universe in roughly nine years since she last appeared in Thor: The Dark World. Her absence was written in the third film with an offscreen breakup between Jane and Thor.

MCU fans are excited to see Natalie Portman return in Thor: Love and Thunder, especially under the direction of Taika Waititi. Now that she’s back into the fray, fans are curious to see what her take as the Mighty Thor will be like. In this intriguing piece of concept art from Mizuri, we see how the Academy Award-winning actress could look like donning the Asgardian suit. Check out the artwork with Natalie Portman below.

It will be interesting to see what Natalie Portman will bring to Jane Foster now that she will be under the direction of Taika Waititi, whose take with Thor: Ragnarok was lauded by critics and audiences as a refreshing approach for Chris Hemsworth’s God of Thunder. It’s safe to say that with the Academy Award-winning writer/director behind Jojo Rabbit returning for Thor: Love and Thunder, the trajectory of the character’s significance to the MCU will continue to go up.

Full details on the plot for Love and Thunder are currently being kept under lock and key. The Marvel Studios film is said to be partly based on Jason Aaron’s Mighty Thor comic book run, with Jane Foster (Natalie Portman) becoming the new Thor.

Thor: Love and Thunder is set to be released on July 8, 2022. Stay tuned for all the latest news on the upcoming film and Natalie Portman’s return, and be sure to subscribe to Heroic Hollywood’s YouTube channel for more original video content.