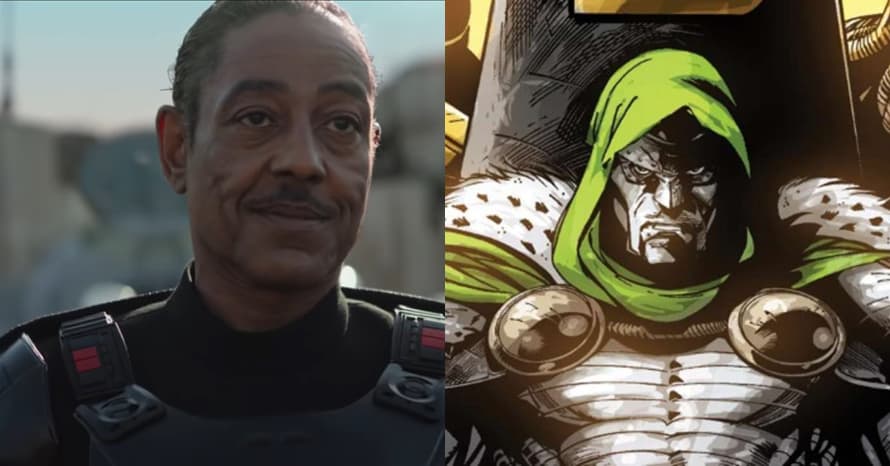 After the surprising announcement at the Disney Investor Day presentation that director Jon Watts will bring the Fantastic Four into the Marvel Cinematic Universe, it only seems a matter of time until Victor von Doom A.K.A. Doctor Doom enters the fray. A formidable opponent like Doctor Doom needs a regal and intimidating figure to play the villain, and 0ne casting suggestion from fans is Breaking Bad and The Mandalorian star Giancarlo Esposito.

Kate Mara Regrets Not Speaking Up On ‘Fantastic Four’ Set

Giancarlo Esposito is no stranger to playing villains with added gravitas and his performances as Gus Fring, Moff Gideon and The Boys‘ Stan Edgar have made him a fan-favorite for a number of other comic book roles. This artwork from Instagram user ‘britedit’ sees the star entering the MCU to play Doctor Doom for Jon Watts’ Fantastic Four, with the iconic green and silver armor typically worn by the villain. It also shows his scarred face which Doctor Doom usually hides under his iconic metal mask. Take a look at the Doctor Doom design for Fantastic Four below.

Would you like to see Giancarlo Esposito take on the Fantastic Four in Jon Watts’ film? Who else should get a chance at the Doctor Doom role in the MCU? Let us know in the comments section!

A contemporary re-imagining of Marvel’s original and longest-running superhero team, centers on four young outsiders who teleport to an alternate and dangerous universe, which alters their physical form in shocking ways. Their lives irrevocably upended, the team must learn to harness their daunting new abilities and work together to save Earth from a former friend turned enemy.

Fantastic Four is available on 4K Ultra HD, Blu-Ray, DVD, and digital. Stay tuned for the latest news on Giancarlo Esposito, Jon Watts and the Fantastic Four, and be sure to check out and subscribe to Heroic Hollywood’s YouTube channel for more great video content in the future!