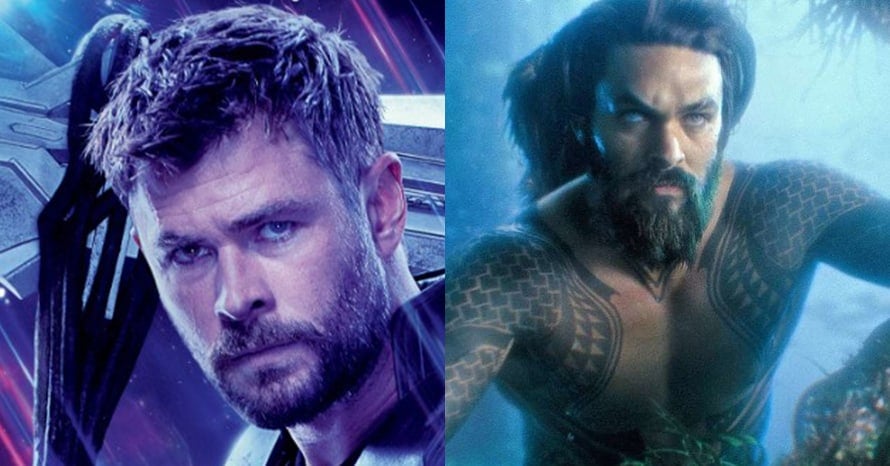 Earlier this year, Marvel Studios released its first animated series What If…? on Disney Plus, giving fans a look at how certain stories within the Marvel Cinematic Universe canon would turn out if certain things were a little different thanks to the diverse playing field of the Multiverse. The MCU isn’t the only franchise looking to explore the concept, given that the (DCEU) will tackle it in The Flash, with Michael Keaton returning as Batman. In perhaps an intriguing What If…? scenario combining both franchises in question, what if Chris Hemsworth took over the Aquaman role from Jason Momoa?

Well, this fan art, courtesy of Instagram user Saarukan Suhanthan, imagines this possible scenario. Here, we see Chris Hemsworth as the DCEU’s Aquaman, taking over the role from Justice League star Jason Momoa. The What If…?-esque possibility of seeing him trading in his hammer for a trident is quite intriguing to say the least. You can check out the design featuring Chris Hemsworth below.

In this same What If…?-esque scenario, it would be fun to see Jason Momoa jump from the DCEU Aquaman role and replace Chris Hemsworth as Thor. If by some divine miracle, we see some sort of deal between Disney and Warner Bros. to crossover both Marvel and DC, it would perhaps open the portals from both Multiverses to explore such a crazy possibility.

While Jason Momoa is currently set to reprise his DCEU role as Arthur Curry in Aquaman and The Lost Kingdom, Chris Hemsworth will return as the God of Thunder in Thor: Love and Thunder. Plot details for the upcoming MCU are currently being kept under wraps. The Marvel Studios film is said to be partly based on Jason Aaron’s Mighty Thor comic book run, with Jane Foster becoming the new Thor.

Thor: Love and Thunder is set to be released on July 8, 2022. Meanwhile, Aquaman and The Lost Kingdom is set to hit theaters on December 16, 2022. Stay tuned for all the latest news on the upcoming films as well as both Chris Hemsworth and Jason Momoa’s futures in both franchises, and be sure to subscribe to Heroic Hollywood’s YouTube channel for more original video content.