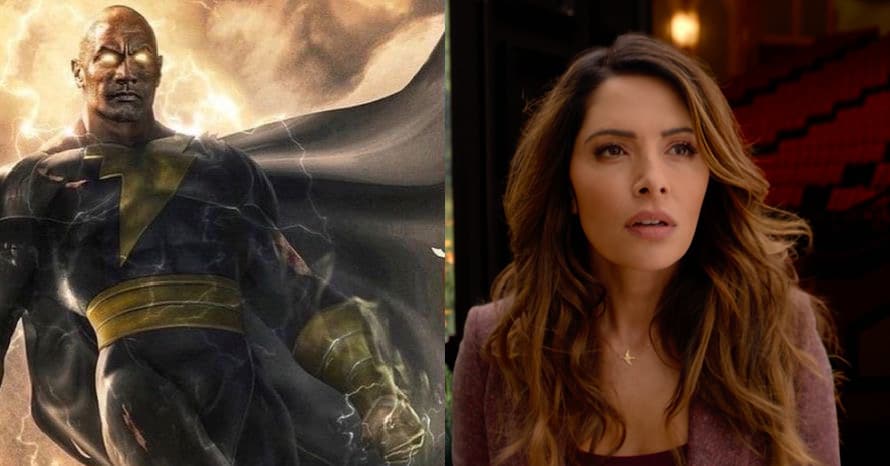 Black Adam star Sarah Shahi revealed how she’s preparing for her role in the upcoming DC film alongside Dwayne Johnson.

With Black Adam seemingly going into production within the next few months, Sarah Shahi has revealed which comics she’s been reading in order to prepare for her role alongside Dwayne Johnson’s anti-hero. In fact, the story she’s reading could tease what’s ahead for her mysterious role as an as-of-yet unnamed freedom fighter in Kahndaq. But since she’s reading the 52 series (which picked up in the wake of Infinite Crisis) this could be a clue to who she’s really playing.

Sarah Shahi posted a photo on Instagram of two issues from 52 as well as the first issue of Black Adam in the Year of the Villain storyline. During 52, a former slave called Adrianna Tomaz helps teach Black Adam how to use his formidable powers in a way that would help the people of Kahndaq. She even gets her own set of abilities from Shazam, and becomes Isis. A set of heroes even stop a suicide bombing at her wedding to Black Adam – which could be where the Justice Society of America come in. Obviously that’s just pure speculation for now, but it’ll be interesting to see how the Dwayne Johnson film plays out. Take a look at the photo from Sarah Shahi below.

Have you read the issues Sarah Shahi’s reading for her Black Adam role? What do you want to see from the Dwayne Johnson film? Sound-off in the comments below!

Jaume Collet-Serra is directing Black Adam from a script written by Adam Sztykiel. The Dwayne Johnson movie is expected to introduce Hawkman, Doctor Fate and the Justice Society of America to the DC Extended Universe. New Line and DC’s Shazam! was originally going to feature Black Adam before the decision was made to give the character his own standalone film.

In the meantime, fans can still re-watch the original Shazam! film on all home media formats:

Shazam! is now available on Digital HD, 4K Ultra HD, Blu-ray, and DVD. Black Adam is currently scheduled to hit theaters on December 22, 2021. Stay tuned for all the latest news on Black Adam and Sarah Shahi and be sure to subscribe to Heroic Hollywood’s YouTube channel for more original video content.