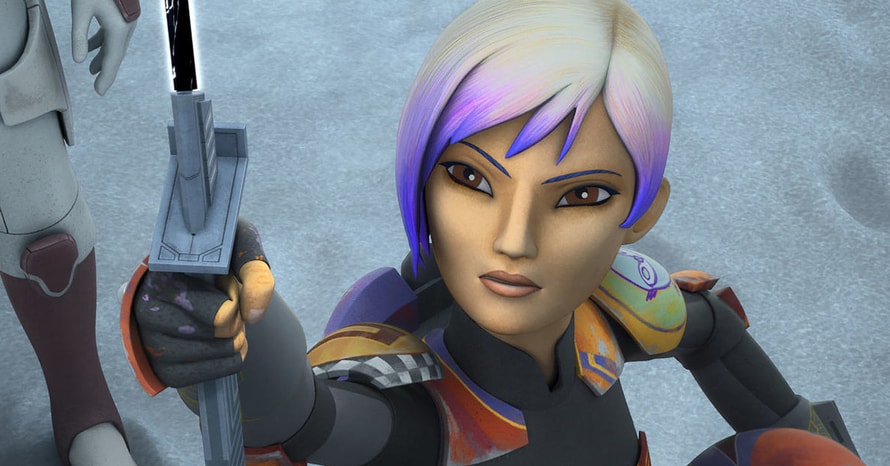 An Ahsoka Tano solo series is in active development at Lucasfilm off the heels of her live-action debut in The Mandalorian season two. Rosario Dawson will reprise the role in the upcoming series written by Dave Filoni. Details are scarce about the show so far. Still, there have been many rumors that the series will continue the Star Wars Rebels story in some capacity, given the Grand Admiral Thrawn name drop in the Ahsoka Tano episode of The Mandalorian.

The Hollywood Reporter is now adding some legitimacy to the various rumors after stating that Lucasfilm is looking to cast an actress in the Sabine Wren role for the Ahsoka series led by Rosario Dawson. The inclusion of Sabine Wren is no surprise since she took off with Ashoka at the end of Star Wars Rebels in search of Ezra Bridger, who disappeared with Grand Admiral Thrawn at the end of the show’s climactic battle.

Sabine Wren would join a growing list of other animated Star Wars characters who have jumped to the live-action ranks. Ahsoka Tano is the most notable, but The Mandalorian season two also saw Katee Sackhoff bring Bo-Katan Kryze to life while Rogue One pulled Saw Gerrera from The Clone Wars.

The Mandalorian is available to stream Disney Plus. Stay tuned for all the latest news on the future of the Star Wars franchise, and be sure to subscribe to Heroic Hollywood’s YouTube channel for more original video content.