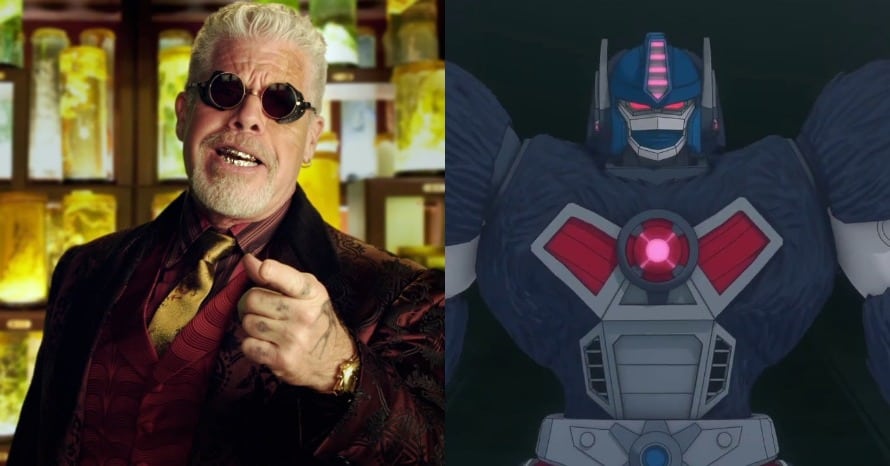 Hellboy actor Ron Perlman is set to voice Optimus Primal in the upcoming Transformers: Rise of the Beasts.

The Transformers series is set for a major overhaul with the upcoming Rise of the Beasts, which will tackle the iconic Beast Wars. Set in the ’90s, the film will focus on the Maximals, Predacons, and Terrocons coming to Earth and joining the ever-lasting feud between the Autobots and Decepticons. The Maximals and Predacons are time-traveling, robotic animals from the prehistoric era, a new addition to the live-action franchise. Collider has learned that Ron Perlman will be joining the franchise, voicing  Optimus Primal, one of the more iconic Maximals.

Are you excited to see Ron Perlman join the Transformers franchise? Comment below and let us know!

Here is the synopsis for the most recent Transformers film, Bumblebee:

On the run in the year 1987, Bumblebee finds refuge in a junkyard in a small Californian beach town. Charlie (Hailee Steinfeld), on the cusp of turning 18 and trying to find her place in the world, discovers Bumblebee, battle-scarred and broken. When Charlie revives him, she quickly learns this is no ordinary, yellow VW bug.

Bumblebee is available on Digital, 4K UHD, and Blu-ray. Stay tuned to Heroic Hollywood for all the latest surrounding Transformers: Rise of the Beasts, Ron Perlman, and subscribe to our YouTube channel for more content!