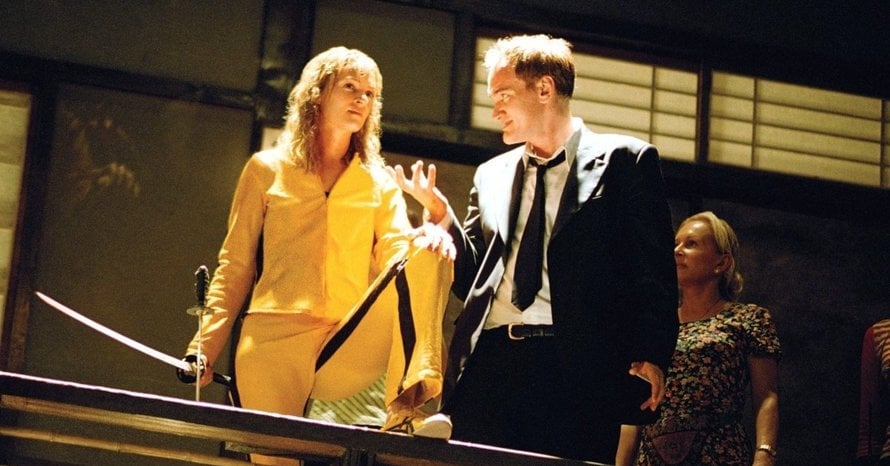 Quentin Tarantino is slowly approaching his tenth film, which he says will be his last. While critics have called our Tarantino’s premature retirement announcement, the director is adamant that he only has one more film left in him. What will that film be? Well, it could be Kill Bill 3. Speaking at the Rome Film Festival (via Variety), Tarantino revealed that he’s open to finishing off the Kill Bill saga when asked if he would be interested in returning to Uma Thurman’s iconic bride character.

Though from his answer, it doesn’t look like he’s particularly deeply invested in it. Quentin Tarantino threw out a “why not?” when asked if a threequel could be in the works. Tarantino was previously attached to an R-rated Star Trek project alongside J. J. Abrams that was reportedly progressing very well… until it wasn’t. It appears that Tarantino’s sci-fi project has been shelved at the moment.

During the conversation, Quentin Tarantino discussed interest in a spaghetti western comedy, which he briefly described.

“It’s not like my next movie. It’s a piece of something else that I’m thinking about doing — and I’m not going to describe what it is. But part of this thing, there is supposed to be a Spaghetti Western in it.”

“I’m looking forward to shooting that [thing] because it’s going to be really fun. Because I want to shoot it in the Spaghetti Western style where everybody’s speaking a different language.”

“The Mexican Bandido is an Italian; the hero is an American; the bad sheriff is a German; the Mexican saloon girl is Israeli. And everybody is speaking a different language. And you [the actors] just know: OK, when he’s finished talking then I can talk.”

Knowing Quentin Tarantino’s creative process, it’s likely that this spaghetti western comedy won’t manifest. However, we won’t rule out Tarantino capping off his silver screen presence with a Kill Bill sequel, as it’s a franchise that he has debated returning to for over a decade.