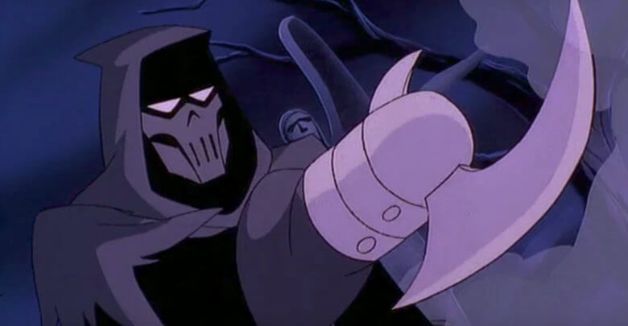 Andrea Beaumont AKA Phantasm, was created by Alan Burnett and Paul Dini for Batman: Mask of the Phantasm. The character has become a fan favorite and first returned in The Batman Adventures comic book series. Phantasm also appeared in the Justice League Unlimited episode titled, Epilogue, and the Batman Beyond 2.0 digital comic book series. Tom King has now revealed on Twitter that his upcoming Batman/Catwoman series will feature the return of Phantasm and the January 2020 release date:

Are you excited about Phantasm appearing in Tom King’s upcoming series? Sound off in the comments below!

Last month, news of Tom King’s Batman series coming to an end shocked many. His run will finish with issue #85 later this year. However, Tom King will conclude the story with his Batman/Catwoman series. Tom King is also well-know for his critically acclaimed Mister Miracle series and will co-write the New Gods film with director Ava DuVernay.

Aside from New Gods, Warner Bros. and DC Films are currently developing a number of projects based on the company’s line-up of heroes. These projects include The Batman, The Flash, Black Adam, Supergirl, Blue Beetle, Plastic Man, Nightwing, Green Lantern Corps, an Aquaman sequel, and The Trench.

Here is the synopsis of Tom King’s Batman #73:

“The Fall and the Fallen” part four! Batman has been defeated by Bane’s minions and chased out of Gotham. As a last-ditch effort to save his son from the lonely fate of being Batman, his father from another universe, Thomas Wayne, a.k.a. the Flashpoint Batman, is taking Bruce to the far ends of the Earth to try to give him the one thing that will cause him to give up crime-fighting for good.

Batman Villains Who Deserve A Chance On The Big Screen

Batman’s been on the big screen a handful of times, but he still has so many enemies who’ve never been in a movie. I love the Joker, but man-oh-man am I tired of seeing him. Batman’s got one of the most impressive, deep rogue galleries in all of comics, and I think it’s time more of them were given the love they deserve!

Some of these characters might have been in The Lego Batman Movie (if Kite-Man was, anyone could have been) but that doesn’t really count as an introduction. Look at how well-known someone like Slipknot is now thanks to Suicide Squad. Well, all these people on the list are way better than Slipknot, and should be seen taking on a member of the Bat-Family on the big screen soon.

Hit Next to find out more about 10 Batman villains who deserve a shot on the big screen.