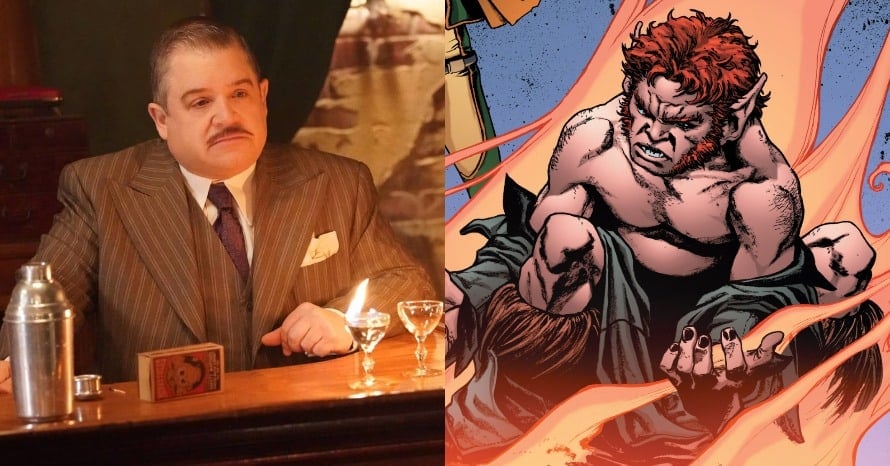 Marvel Studios’ newest film Eternals introduces audiences to some of the most obscure characters in all of Marvel Comics. If the Guardians of the Galaxy weren’t obscure enough before the release of their film, the characters from the Eternals comics are basically gods that have existed for, well, an eternity. Along with them, we meet other obscure characters including Pip the Troll, played by Patton Oswalt.

In the Eternals mid-credits sequence, we meet Patton Oswalt as Pip the Troll, as he introduces Eros (Harry Styles), brother of Thanos, to Thena (Angelina Jolie), Druig (Barry Keoghan) and Makkari (Lauren Ridloff). The Emmy-winning comedian shared photos of himself bringing his character to life through motion capture:

Given what Eternals sets up with its mid-credits sequence, it is likely that we will be seeing Patton Oswalt return as Pip the Troll alongside Harry Styles as Eros sometime in the future. Whether or not its through an official sequel or another big MCU film/series remains to be seen, but the introduction of those two characters is nothing short of intriguing.

Here is the synopsis for Eternals:

The story takes place across two time periods. One storyline is set in the past when they operated as a formidable team and a close family unit. The second storyline is in the present, when the group has fractured and split apart, content to live among humans, hiding in plain sight. The prevailing threat of the Deviants, which once again threatens the existence of mankind, means the Eternals need to put their differences aside and regroup.

Eternals is now in theaters. Stay tuned for all the latest news on Patton Oswalt’s role as Pip the Troll, and be sure to subscribe to Heroic Hollywood’s YouTube channel for more original video content!