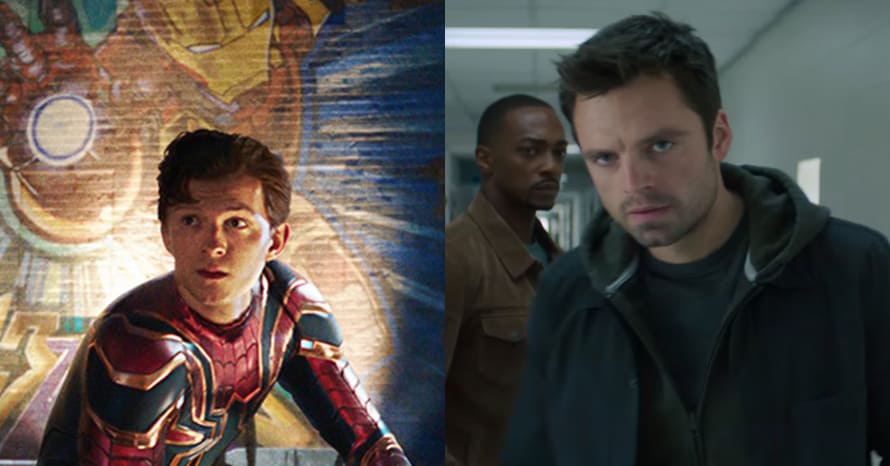 The latest set photo from Tom Holland’s Spider-Man 3 reveals an interesting connection to The Falcon and The Winter Soldier.

Although earlier reports suggested Tom Holland’s Spider-Man 3 had finished production, a new set photo seemingly ties into The Falcon and The Winter Soldier series on Disney Plus. The photo seems to tie into the arrival of John Walker in the Marvel Cinematic Universe as the new Captain America. Wyatt Russell plays Steve Rogers’ replacement in the series, and he even auditioned for the role over a decade ago.

The new photo arrived on Twitter and shows a poster of the Statue of Liberty holding up the Captain America shield, with the words “Meet NYC’s Newest Avenger” plastered over the top. Since we just met John Walker, it makes sense that this is propaganda from the government regarding the new hero. Much like the posters seen in The Falcon and The Winter Soldier saying “Cap’s Back”. Take a look at the set photo from Tom Holland’s Spider-Man 3 below.

A new picture from the set of #SpiderManNoWayHome features a prop combining the Statue of Liberty with Captain America’s shield! (via: @blockbustedpod)

Murphy’s Multiverse is also reporting the prop will be featured in the backdrop of “a key scene.” pic.twitter.com/kQpeCCg4sg

What do you make of the Spider-Man: No Way Home prop? Are you excited to see the Tom Holland sequel? How else do you think the film will tie into The Falcon and The Winter Soldier? Sound-off in the comments below!

Spider-Man: Far From Home is now available on Digital HD, 4K Ultra HD Blu-ray, Blu-Ray, and DVD. Stay tuned for all the latest news regarding the Marvel Cinematic Universe, and be sure to subscribe to Heroic Hollywood’s YouTube channel for more content.