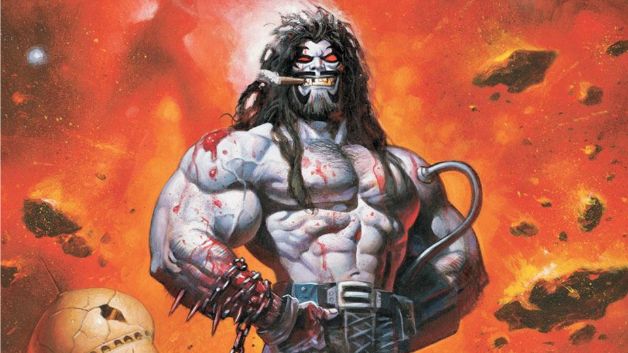 Following the news of the Krypton spin-off, it was also reported that Michael Bay’s Lobo film is still in development at Warner Bros. and DC.

Lobo is set to make his live-action debut tonight on Krypton Season 2. However before the debut of the second season, it was revealed that SyFy is already developing a spin-off series focused on Lobo. Meanwhile, a Lobo film has been in development for more than a decade with Michael Bay currently the latest set to direct. According to The Hollywood Reporter, that Michael Bay Lobo project is still in development at Warner Bros. and DC.

Would you like the see Michael Bay’s Lobo film? Who would you cast as Lobo? Sound off in the comments below!

Aside from Michael Bay’s Lobo, Warner Bros. and DC Films are currently developing a number of projects based on the company’s line-up of heroes. These projects include The Batman, The Flash, Black Adam, Supergirl, New Gods, Blue Beetle, Plastic Man, Nightwing, Green Lantern Corps, an Aquaman sequel, and The Trench.

Here is the synopsis for Krypton Season 2:

What if Superman never existed? Set two generations before the destruction of Superman’s home planet, KRYPTON follows Seg-El (Cameron Cuffe), the legendary Man of Steel’s grandfather, as a young man who fights to save his home planet from destruction. Season 2 brings us back to a changed Kandor, locked in a battle over its freedom and its future. General Dru-Zod (Colin Salmon) is now in control. He’s on a ruthless mission to rebuild Krypton according to his ideals and to secure its future by conquering the universe. Faced with a bleak outlook, our hero, Seg-El, attempts to unite a dispersed group of resisters in an effort to defeat Zod and restore hope to their beloved planet. Their chance at redemption is threatened however, by their opposing tactics, shifting alliances and conflicting moral boundaries – forcing each of them to individually determine how far they’re willing to go in pursuit of a better tomorrow.

Krypton season 2 will premiere on Syfy on June 12.

B-List DC Comics Characters Who Deserve Their Own Movies

DC Comics are ripe of amazing characters with potential. If Marvel can successfully make an Iron Man movie, something that was considered a bad idea at the time due to the character’s unpopular status, then DC can do something similar with a different character. Batman and Superman are great, but they don’t deserve all the attention in this fascinating universe.

With so many DC-themed movies on the horizon over at Warner Brothers, it makes sense for producers to dig through back issues to search for interesting stories about characters who aren’t necessarily known by the full public to adapt. There are no such thing as bad characters — sometimes certain writers just aren’t able to bring out the character’s full potential in various stories. Even the best heroes and villains can have bad movies (I’m looking at you Batman v Superman: Dawn of Justice), so all these characters need is a strong, passionate filmmaker to come around and turn them into a hit.

Hit Next to find out which B-list DC Comics characters deserve their own movies!