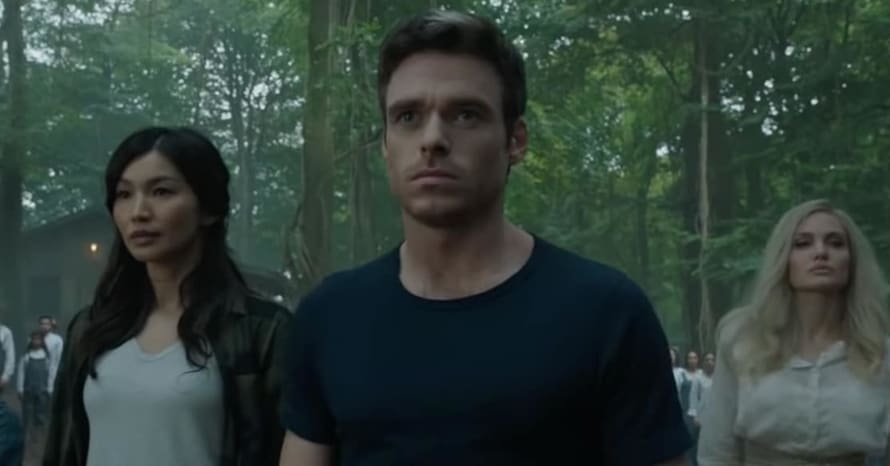 Marvel Studios’ Eternals has received a PG-13 rating by the MPA.

After months of delays and ambiguity surrounding its November release, Marvel Studios’ Eternals is finally set to hit cinemas later this year. Directed by Chloe Zhao, who racked up two Academy Awards earlier this year for Nomadland, Eternals is set to focus on a race of immortal aliens who protect Earth from their counterparts: the Deviants. The film spotlights the Eternals’ entire time on Earth, which began over 7,000 years ago. This early peak at Earth should give Marvel fans a delicate and nuanced look at our planet before Tony Stark and co. took the spotlight.

Now that the film is set to release this November, Chloe Zhao’s latest has been rated by the Motion Picture Association as PG-13. Every Marvel film has landed a PG-13 rating, but what’s got some fans scratching their heads is WHY Chloe Zhao’s latest received the middle-of-the-road rating. The film has received a PG-13 rating for fantasy violence and action, some language, and brief sexuality.

Marvel Studios is known to spice up their films with some light language, and fantasy violence and action come with the cosmic territory. But brief sexuality? That’s something entirely new to the franchise which has been consistently criticized for being prudish. While romance exists within the Marvel Cinematic Universe, critics and fans have frequently commented how neutered the blockbusters feel in terms of sexuality. Perhaps Chloe Zhao heard the rallying of fans and decided to make a less tame Marvel film.

“When monstrous creatures called the Deviants, long thought lost to history, mysteriously return, the Eternals are forced to reunite in order to defend humanity once again.”

Eternals is set to hit theaters on November 5, 2021. Stay tuned for the latest news regarding the future of the Marvel Cinematic Universe, and subscribe to our YouTube channel for more content!