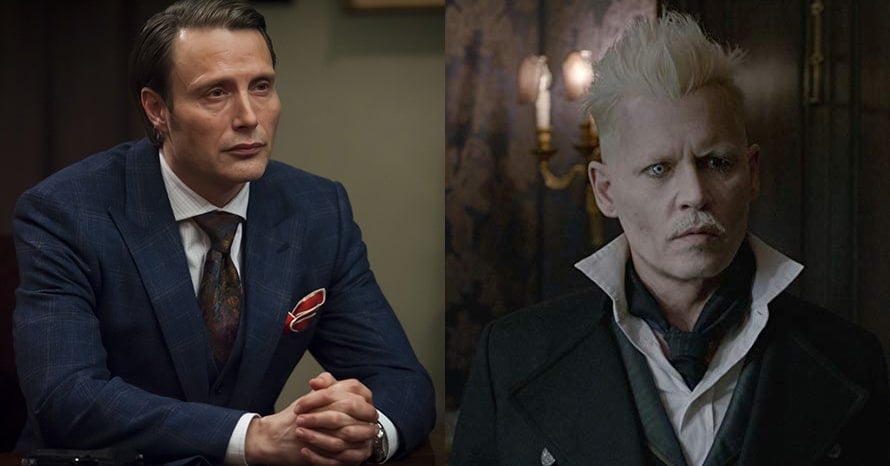 Now that Johnny Depp has exited his role as Gellert Grindelwald in Fantastic Beasts 3 following his ongoing legal battles with Amber Heard, Mads Mikkelsen will be the one to pick up the role of the evil wizard in the upcoming Wizarding World film. Given his exquisitely villainous performances in Hannibal and Casino Royale, it’ll be interesting to see what Mikkelsen brings to the character when he faces off against Eddie Redmayne in Fantastic Beasts 3.

New artwork from digital artist ‘axel__pc’ on Instagram shows Mads Mikkelsen wielding the Elder Wand for his upcoming battles against Albus Dumbledore and Newt Scamander in Fantastic Beasts 3. It’s not clear how the story will accommodate the change in actors, but since this is the Wizarding World there will be plenty of easy ways to transform Grindelwald. Mads Mikkelsen previously praised Johnny Depp’s work in the role following his exit and it’ll be interesting to see how the actor offers his own spin on the villain rather than impersonating Depp. You can see Mads Mikkelsen replacing Johnny Depp as Gellert Grindelwald below.

What do you think of the design? Are you interested to see Mads Mikkelsen as Grindelwald in Fantastic Beasts 3? Or do you think the series should have kept Johnny Depp in the role? Let us know in the comments section!

Here is the official synopsis for Fantastic Beasts: The Crimes of Grindelwald:

Fantastic Beasts 3 is currently scheduled for a July 15, 2022 release. Stay tuned for all the latest news regarding Johnny Depp, Mads Mikkelsen and the Harry Potter franchise, and be sure to subscribe to Heroic Hollywood’s YouTube channel for more video content!