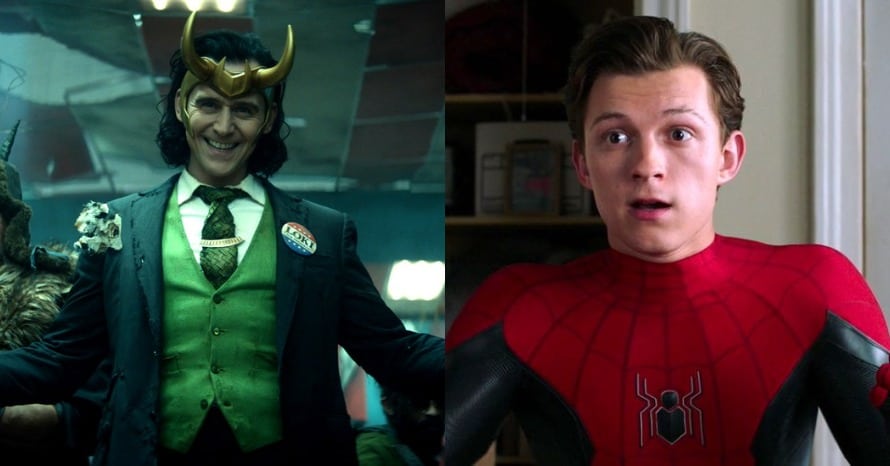 Loki writer Michael Waldron revealed that he kept in touch with the Spider-Man: No Way Home writers to make sure ideas didn’t overlap.

It’s no secret that Loki’s season finale fundamentally changed the fabric of the Marvel Cinematic Universe. With the chaotic multiverse opening up in the show’s final moments, it’s certain that the heroes in the larger-than-life franchise will have to deal with the repercussions. Michael Waldron, who wrote Loki, was also tasked to rewrite Doctor Strange and the Multiverse of Madness, a project that will clearly attempt to showcase the fallout of the multiverse branching up. Another film that will potentially (but most likely) tackle the multiverse is Spider-Man: No Way Home, which is expected to feature Tobey Maguire and Andrew Garfield’s respective Spider-Men showing up.

Though it hasn’t been confirmed that the previous incarnations of Peter Parker will show up, all signs point to that being the case. And with the multiverse now in disarray, there’s even more confirmation bias that we’ll see the Spider-Verse debut in Spider-Man: No Way Home. In a chat with The Playlist, the Loki writer brought up how the show’s producers kept in touch with No Way Home‘s producers to ensure both productions weren’t “screwing each other up.” Beyond that, Waldron mentioned that he personally kept up communications with one of the Spider-Man writers to make sure he wasn’t “ruining” their film. Interestingly enough, Waldron never mentions the multiverse of multiple Spider-Men, but it is clear that, at least thematically, both projects are connected.

“Your producing teams are constantly communicating with those producing teams to make sure that you’re not screwing each other up. I had the benefit on Spider-Man: No Way Home, Chris McKenna and Erik Sommers wrote that, I was their writer’s PA on Season 5 of Community, so I can call McKenna and get bullied by him whenever I want, but also say ‘Hey, what the hell are you guys doing? Let me make sure I’m not ruining it.’”

“So there’s communication to the extent that the creative teams themselves, the filmmakers, the writers, whoever, can become friendly. It certainly benefits the projects.”

Do you think the multiverse will impact Spider-Man: No Way Home? Comment below and let us know!

Here is the synopsis for Loki:

Loki’s first season is now streaming on Disney Plus. Stay tuned for all the latest news on Loki and be sure to subscribe to Heroic Hollywood’s YouTube channel for more original video content.