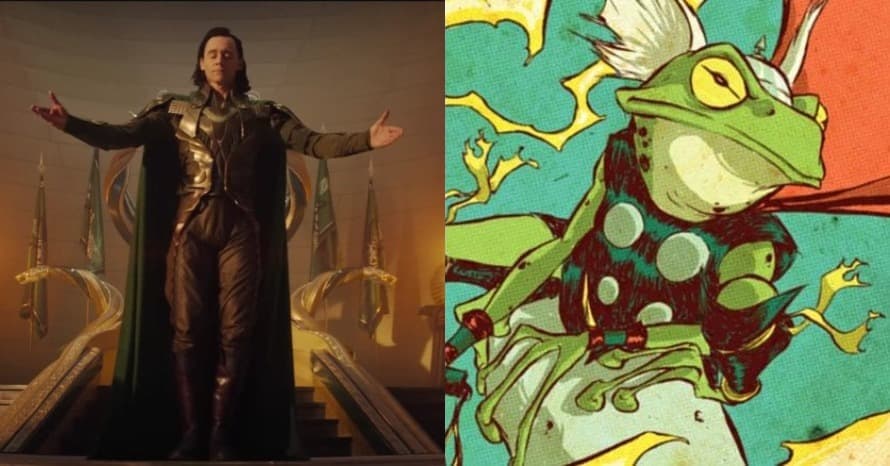 It’s hard to believe that the first season of Loki has officially concluded. Marvel Studios’ third original series for Disney Plus gave viewers a new look at the Marvel Cinematic Universe further expanded in ways previously unseen. With the introduction of Variants and the Time Variance Authority (TVA), the possibilities for MCU characters were significantly expanded, particularly with the use of Variant versions of Loki exhibited throughout the season.

However, there is one scene depicted from the trailers for the series that was absent from the series itself. The scene involved the Variant known as King Loki, which some fans speculated would be featured in the season finale. However, fans will be surprised to hear that the King Loki sequence was set to be featured in the series premiere and would’ve showcased the popular Throg variant of Thor.

Composer Natalie Holt revealed in an interview with The Direct that the deleted King Loki scene featured Throg:

“That was a moment in Episode 1. When Mobius is showing [Loki] his life, there were more moments in there. I think they just kind of cut it down to kind of give it a bit more focus. But there were a few extra moments in there, and that Frog of Thunder moment was one of them. I had actually written, I had done something with choir for it like it was this big, grand moment where Loki takes over the crown in Asgard, and then you see Thor as a frog.”

Natalie Holt clarified that the scene was teased in the trailers:

“Yeah! Where he’s like, rising like this [raises her arms] and he’s wearing a crown. Yeah, that was part of it. It was going to be in it.”

Throg was featured in the season’s penultimate episode, “Journey Into Mystery.” The Thor variant was shown as a quick Easter Egg hopping and grunting frustratedly in an attempt to wield Mjolnir. The Easter Egg also featured Chris Hemsworth in an uncredited voice cameo.

Would you have liked to see this deleted scene featuring King Loki and Throg? Sound off in the comments below.

Here is the synopsis for Loki:

Loki season one is now streaming on Disney Plus. Stay tuned for all the latest news on the future of the MCU, and be sure to subscribe to Heroic Hollywood’s YouTube channel for more original video content!