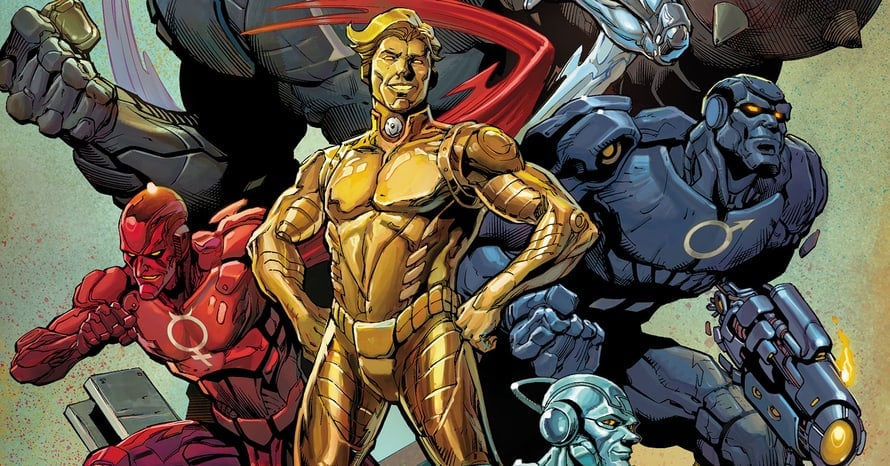 Ron Clements and John Musker from Disney projects like Mulan have teamed up with Celeste Ballard for an animated film based on DC Comics’ Metal Men.

When it comes to animation, DC has a long and respected history in the medium. According to The Hollywood Reporter, Warner Bros. is looking to continue that legacy with a new film focused on the Metal Men. Rob Clements and John Musker, best known for their work on Disney’s Mulan, The Little Mermaid, and The Princess and the Frog, are set to tackle the upcoming animated film as producers.

Clements and Musker will also be joined by Space Jam: A New Legacy writer Celeste Ballard. The Metal Men were created by Robert Kanigher and Ross Andru and their first appearance dates back to 1962 in Showcase #37. Men in Black director Barry Sonnenfeld was notably developing a live-action version of the project.

The DC team features the robots Gold, Iron, Lead, Mercury, Tin, and Tina, created and led by Dr. Will Magnus. The Metal Men have appeared in DC projects like Batman: Brave and the Bold in the past.

Here’s the synopsis for the next animated film from DC, League of Super-Pets:

In “DC League of Super-Pets,” Krypto the Super-Dog and Superman are inseparable best friends, sharing the same superpowers and fighting crime in Metropolis side by side. When Superman and the rest of the Justice League are kidnapped, Krypto must convince a rag-tag shelter pack—Ace the hound, PB the potbellied pig, Merton the turtle and Chip the squirrel—to master their own newfound powers and help him rescue the superheroes.

Stay tuned for all the latest news on DC’s upcoming animated projects, and be sure to subscribe to Heroic Hollywood’s YouTube channel for more original video content.