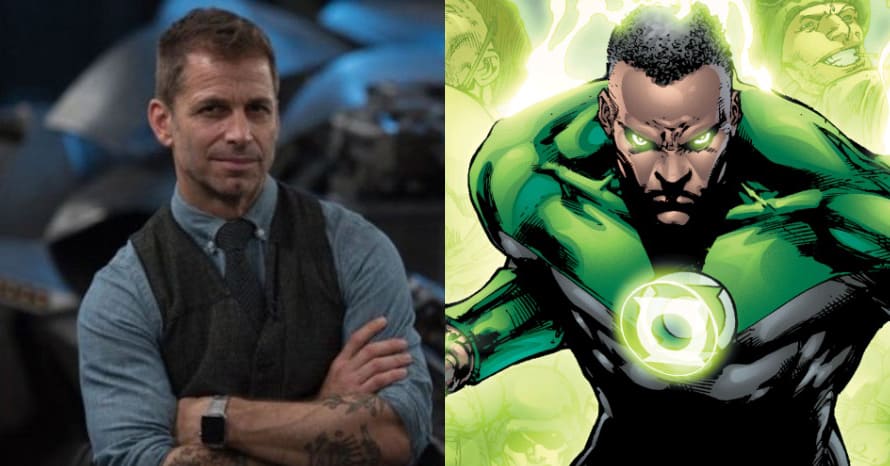 Zack Snyder has revealed the identity of the actor who played Green Lantern John Stewart in his original Justice League ending.

The closing moments of Justice League were originally supposed to feature John Stewart instead of Harry Lennix’s Martian Manhunter, with a recently-surfaced piece of concept art revealing the look of the Green Lantern hero. Now, Zack Snyder has shared the identity of the actor he cast to bring John Stewart to life in his version of the movie.

During his Justice Con panel, Zack Snyder confirmed that his John Stewart was played by Wayne T. Carr, a stage actor who has made appearances in television series like S.W.A.T. and Stuck in the Middle. Snyder also mentioned that Carr was referred to him by Cyborg actor Ray Fisher. Here are Snyder’s full comments regarding the John Stewart concept art and Carr:

“Jojo [Aguilar] did that based on the actor that we used. A guy named Wayne T. Carr. I told him, ‘Look, there’s a chance that this doesn’t make it in the movie. We are shooting it in my driveway.’ He’s amazing and I was talking to him the other day and he loved the movie. He was super excited for everyone and the reception the film has gotten.”

Later on, Zack Snyder opened up about how the John Stewart scene was filmed and explained that Wayne T. Carr didn’t wear a physical Green Lantern costume on set due to the ongoing pandemic:

“We had made him a CG suit, because it was COVID, and we couldn’t really do a real suit. I mean, the mandate was to make it look as physical as possible. What I had seen was, of course, not finished, but I was very confident that even if we were to see him again, and we had to make him a real suit, it would match exactly.”

John Stewart never made an appearance in the final version of Justice League, but the film did feature two other members of the Green Lantern Corps — Kilowog and Yalan Gur. Kilowog’s Justice League appearance is only a blink-and-you’ll-miss-it Easter egg as the character is seen dead over the remains of the Hall of Justice during the scene in which Cyborg has a vision of the Knightmare timeline. Meanwhile, Yalan Gur can be seen in action during the “History Lesson” sequence before meeting his end at the hands of a young Darkseid.

Zack Snyder’s Justice League cut is now available on HBO Max. Stay tuned for the latest news regarding the future of John Stewart and the rest of the Green Lantern characters in the DC Extended Universe, and make sure to subscribe to our YouTube channel for more content!