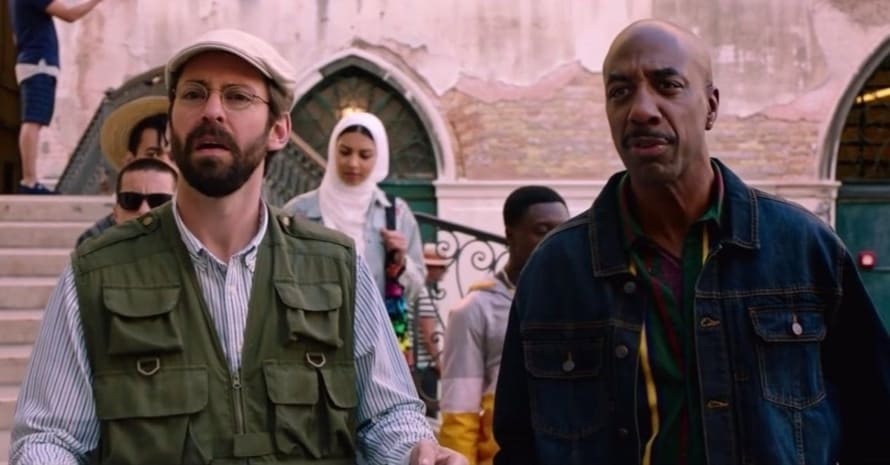 JB Smoove recently confirmed on a podcast he will be back as Julius Dell in Tom Holland’s highly anticipated Spider-Man: No Way Home.

Spider-Man: No Way Home’s cast is ever-expanding with much of it still being kept underwraps, even after the Marvel film finished principal photography. Tobey Maguire and Andrew Garfield are the biggest names fans are hoping to see in the film when it hits later this year, but there are also some returning players from the other Tom Holland films we shouldn’t forget about.

On a recent episode of The Daily Zeitgeist, JB Smoove confirmed he will appear as Julius Dell in Tom Holland’s Spider-Man: No Way Home while talking about being in DC and Marvel projects:

“I don’t know how many people have done it, but I’m in both the Marvel and DC universes. I’ve been in Spider-Man: Far From Home and just did the new Spider-Man too and I’m Frank the Plant in the Harley Quinn animated universe.”

Are you glad JB Smoove is back for the upcoming sequel? Sound-off in the comment section below!

Here is the official synopsis for Spider-Man: Far From Home:

Spider-Man: Far From Home is available on Digital HD, 4K Ultra HD Blu-ray, Blu-Ray, and DVD. Stay tuned to Heroic Hollywood for the latest news on the Marvel Cinematic Universe as it develops and also subscribe to our YouTube channel for more content in the future!