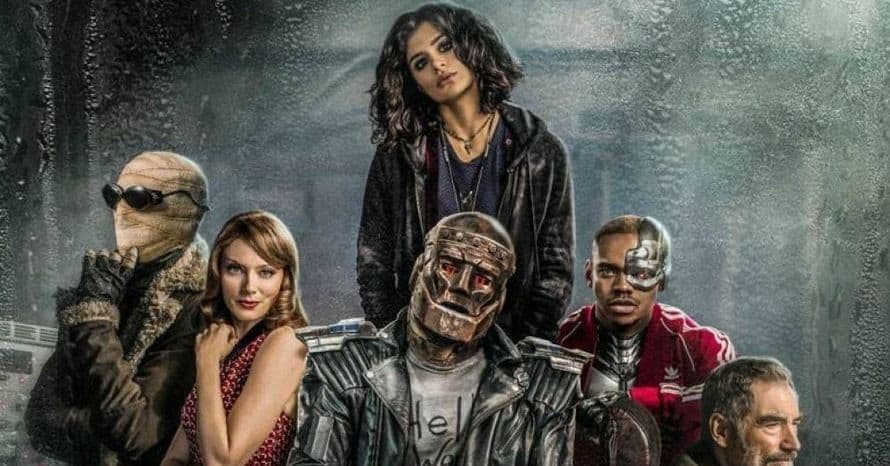 Despite the relaunch of the DC Universe app, Titans, Young Justice, and Doom Patrol will live on HBO Max while Stargirl found a new home on The CW. Doom Patrol is a cult hit among DC fans with season three on the way and more additions to the show’s cast announced on Friday.

In Doom Patrol season three, the HBO Max show will introduce the “Sisterhood of Dada” with Micah Joe Parker as Malcolm, who is described as, “a quiet, sensitive and thoughtful soul who would often rather be invisible than face this unforgiving world. Wynn Everett will play The Fog, “a deadly terrorist, Shelley is charming, seductive, poetic and a bit mad.”

Miles Mussenden joins the series as Frenzy, “a sculptor of strange life-like masks who is covered with tattoos and scars – the memories and injustices that immortalize his life – he is cryptic and stoic with a capacity for extreme devastation.” Anita Kalathara is Sleepwalk, “a light-hearted ne’er do well, Holly knows where the best parties are. After a wild night of partying, she usually takes a nice long nap in the ice cream truck where she works, and if she is awoken mid-nap, there is hell to pay,” and Gina Hiraizumi will play The Quiz, “an enigmatic germaphobe whose crippling phobias mask awe-inspiring powers.” The new additions join guest stars Madalyn Horcher, Ty Tennant, and Sebastian Croft as newcomers for the upcoming season.

Which new character are you most excited to see in Doom Patrol season three? Sound-off in the comments section below!

Here is the official synopsis for the series:

DOOM PATROL is a re-imagining of one of DC’s most beloved group of outcast Super Heroes: Robotman, Negative Man, Elasti-Girl and Crazy Jane, led by modern-day mad scientist Dr. Niles Caulder (The Chief). The Doom Patrol’s members each suffered horrible accidents that gave them superhuman abilities—but also left them scarred and disfigured. Traumatized and downtrodden, the team found purpose through The Chief, who brought them together to investigate the weirdest phenomena in existence—and to protect Earth from what they find. Part support group, part Super Hero team, the Doom Patrol is a band of super-powered freaks who fight for a world that wants nothing to do with them. Picking up after the events of TITANS, DOOM PATROL will find these reluctant heroes in a place they never expected to be, called to action by none other than Cyborg, who comes to them with a mission hard to refuse, but with a warning that is hard to ignore: their lives will never, ever be the same.

Doom Patrol is available on HBO Max. Stay tuned to Heroic Hollywood for news on Doom Patrol, Titans, and the other DC shows coming to HBO Max. You can also subscribe to our YouTube channel for more content!