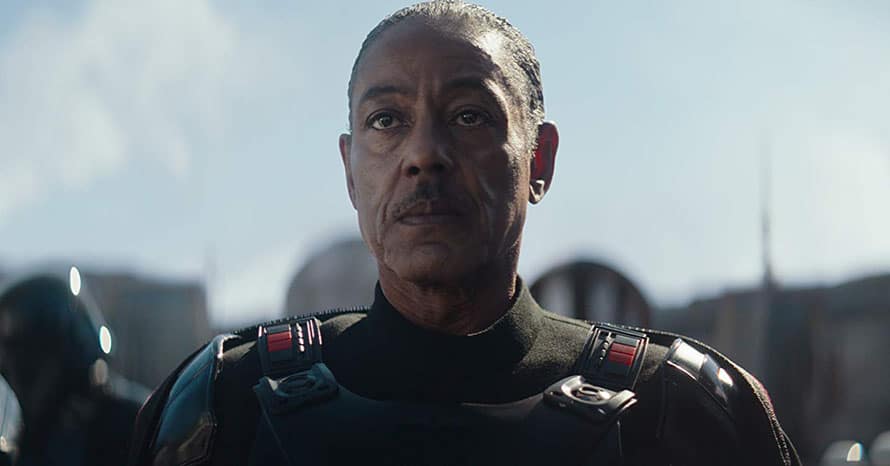 The Mandalorian star Giancarlo Esposito didn’t know about Mark Hamill’s cameo at the end of the show’s second season.

The second season of The Mandalorian ended with a jaw-dropper of a finale. Towards the end of the season, Giancarlo Esposito’s Moff Gideon kidnapped Guru, forcing Din Djarin and his allies to mount a desperate rescue. For a moment it seemed as if victory belonged to our heroes until the Dark Troopers begin to mount an attack on them. All seems lost until a single X-Wing fighter shows up and the person on board begins hacking through the droids with a lightsaber. After cutting through the Dark Troopers with relative ease, it is revealed that the person wielding the Jedi weapon is none other than Luke Skywalker, played by a digitally de-aged Mark Hamill.

Mark Hamill’s cameo was one that came as a complete shock to everyone who saw the episode. While other roles of other actors in the series had been leaked before the season was released, this particular Luke Skywalker cameo was something no one saw coming. The reason was that the people at Disney and LucasFilm kept the secret so close to their chest that even Giancarlo Esposito didn’t know about it.

In a recent interview with ScreenRant, The Mandalorian star Giancarlo Esposito spoke about the cameo and revealed that none of the actors knew it was happening:

“I got to tell you, they’re so good at keeping secrets and allowing us to know just enough, but not enough to be able to really get what’s happening. None of us knew. I mean, it is such a great thing that they’re able to keep the lid on that. I know that they trusted us to not let it out in the world, but I think by virtue of the fact that it was such a secret, it also gave us the ability to surprise ourselves.”

The Mandalorian is available to stream Disney Plus. Stay tuned for all the latest news on the future of the series and be sure to subscribe to Heroic Hollywood’s YouTube channel for more original video content.