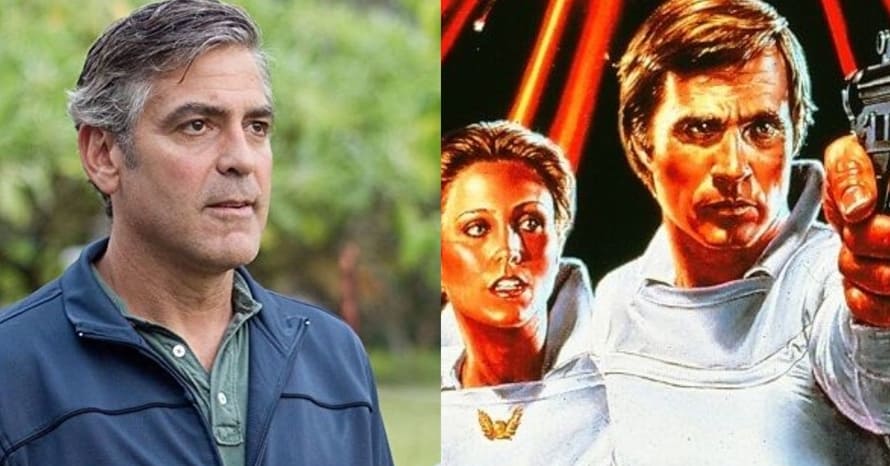 George Clooney has found his next project as TheWrap reports that the actor is in talks to produce and star in Legendary’s Buck Rogers series from Saga and Paper Girls writer Brian K. Vaughan. A two-time Academy Award winner, Clooney was last seen in Netflix’s sci-fi drama The Midnight Sky, a film he also directed for the streaming giant.

Buck Rogers was originally introduced in Philip Francis Nowlan’s 1928 science fiction novella Armageddon 2419 A.D. as Anthony Rogers. The character has been the star of a film serial, a radio program and after being inspired by the success of Star Wars, NBC Universal green-lit a series that spanned two seasons from 1979-1981.

Don Murphy originally announced that he was working on a Armageddon 2419 A.D. movie featuring Buck Rogers at San Diego Comic-Con in 2015, but the legal battle to bring the project to the big screen has force it to be delayed numerous times. The story revolves around a character known as Buck Rogers, a coal miner who falls into a state of suspended animation and awakens after 492 years, finding himself in the midst of a planetary war.

What do you make of the Buck Rogers casting news? Is George Clooney the right person to bring the character to life? Sound-off your thoughts in the comments section below!

Stay tuned for more updates regarding George Clooney and future of the Buck Rogers, and be sure to subscribe to Heroic Hollywood’s YouTube channel for more original video content.