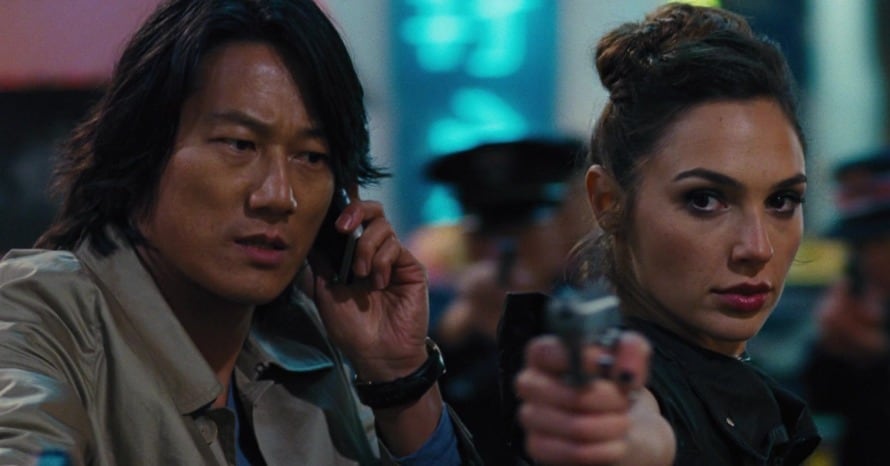 Sung Kang’s Han became a fan-favorite amongst fans of the Fast and Furious series when he made his debut in The Fast and the Furious: Tokyo Drift. The character would seemingly get killed off in that film, but would make his subsequent return in the following three films as an integral member of Dom Toretto’s team. Following a social media campaign from fans calling for #JusticeForHan, Sung Kang made his surprise return to the cast of F9: The Fast Saga.

Another reason why Sung Kang’s Han was beloved by fans was due to his relationship with Gal Gadot’s Gisele. The dynamic duo became a couple during the events of Fast Five, but unfortunately their relationship was cut tragically short following the death of Gisele during the climax of Fast and Furious 6. But even with Gisele’s death, Sung Kang believes that Gal Gadot can still return to the series if fans started a social media campaign. The actor told CinePop:

“Well, hey, anything is possible… If you guys start a hashtag ‘Bring back Gisele,’ it’s very possible.”

Sung Kang also acknowledged that Gal Gadot is pretty busy “saving the world” as Wonder Woman among other projects she has lined up. What do you make of his comments? Will a social media campaign help reunite Han and Gisele together onscreen again? Sound off in the comments below.

Sung Kang can now be seen in the newest chapter of the Fast and Furious series, F9: The Fast Saga. Here is the synopsis:

Fast and Furious 9 will be released in theaters on June 25, 2021. stay tuned for all the latest news on the future of the franchise and be sure to subscribe to Heroic Hollywood’s YouTube channel for more original video content.