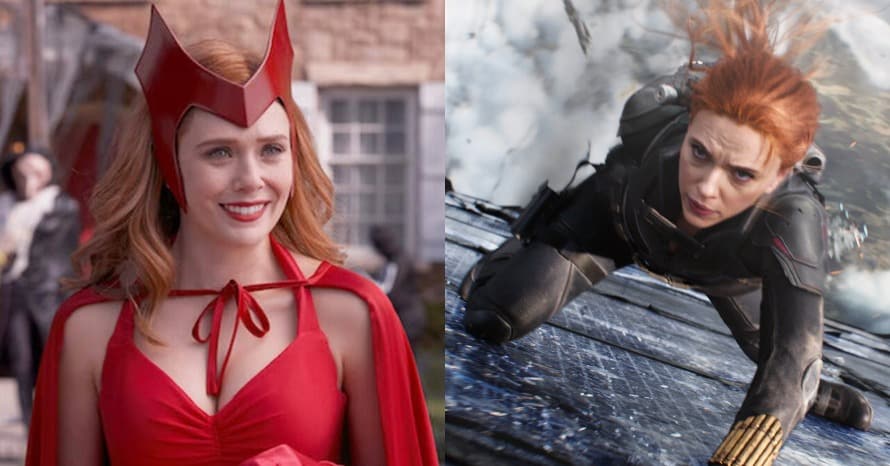 Elizabeth Olsen shared her support for Scarlett Johansson and her lawsuit against Disney regarding Black Widow.

2021 has been a massive year for the Marvel Cinematic Universe, kicking off with the miniseries WandaVision, which was led by Elizabeth Olsen and Paul Bettany. Also, after numerous delays, Marvel Studios’ Black Widow starring Scarlett Johansson finally released last month. However, because of the effects of the COVID-19 pandemic, Disney opted to utilize the Premier Access hybrid release strategy, which allowed Disney Plus subscribers to watch the film at home for a $29.99 fee while the film was also playing in theaters.

Shortly after the film’s release, Scarlett Johansson filed a lawsuit against Disney, citing that the company breached their contract by allowing the film be released on Disney Plus at the same time as in theaters. The Black Widow lawsuit has been at the center of numerous headlines as the entire industry has kept their attention on what’s to come, and now, Elizabeth Olsen has come out to support her former Avengers co-star.

While speaking with Vanity Fair, Elizabeth Olsen was asked about her thoughts regarding the future of the theater experience, which she expressed some concern over. This led to her sharing her thoughts on Scarlett Johansson’s Black Widow lawsuit, to which the WandaVision star shared her support:

“I’m worried about a bunch of things. Not worried on Scarlett’s behalf. But I’m worried about small movies getting the opportunity to be seen in theaters. That was already a thing pre-COVID. I like going to the movies and I don’t necessarily want to see only an Oscar contender or a blockbuster. I would like to see art films and art house theaters. And so I do worry about that, and people having to keep these theaters alive. And I don’t know how financially that works for these theaters. I do hope that there’s some sort of solution that the larger companies are coming together to keep, at least in L.A. this is going to happen. But I do think it’s going to be how it kind of used to be when studios owned theaters. And I have a feeling that we might go back to that being the only way to keep them alive with such expensive real estate. But when it comes to actors and their earnings, I mean, that’s just, that’s just all contracts. So it’s either in the contract or it’s not… I think she’s so tough and literally when I read that I was like, ‘good for you Scarlett.’”

Elizabeth Olsen is the latest member of the MCU to share her opinions regarding the Black Widow lawsuit. She has worked with Scarlett Johansson on Avengers: Age of Ultron, Captain America: Civil War, Avengers: Infinity War and Avengers: Endgame.

Elizabeth Olsen can be seen in WandaVision, which is available to stream on Disney Plus and will next be seen in Doctor Strange in the Multiverse of Madness. Meanwhile, here is the synopsis for Scarlett Johansson’s Black Widow:

Black Widow is out now in theatres and Disney Plus via Premier Access. Stay tuned for all the latest news on Elizabeth Olsen’s future in the MCU as well as Scarlett Johansson’s lawsuit and be sure to subscribe to Heroic Hollywood’s YouTube channel for more original video content.