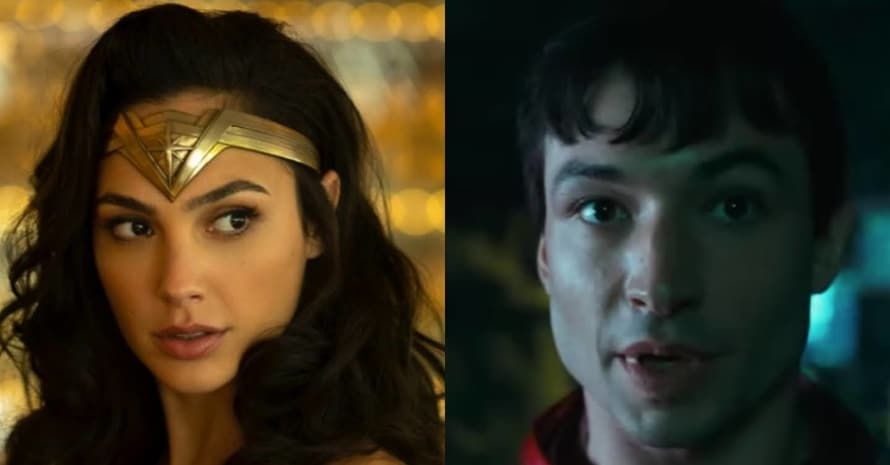 It appears Gal Gadot accidentally revealed that she will be back as Wonder Woman in Ezra Miller’s The Flash.

The Flash will feature the debut of Sasha Calle as Supergirl and the return of Michael Keaton as Batman. Ben Affleck’s Batman is also set to appear. Recently, we learned General Zod and Faora might return as well. Another DC hero rumored to appear in The Flash is Gal Gadot’s Wonder Woman.

Gal Gadot recently shared a recap of her 2021 on Instagram. In the video, we see her in a makeup chair in July with someone wearing a lanyard similar to what The Flash crew members have been wearing on set.

In August, Gal Gadot then shared a picture of her wearing the Wonder Woman tiara when The Flash was still in production. Another DC film Gadot is rumored to appear in as Wonder Woman is Shazam! Fury of the Gods, which was also filming in August. You can check out Gadot’s Instagram post below.

Here is the synopsis for Wonder Woman 1984:

Patty Jenkins returns to direct the next chapter in the story, which finds Diana Prince (Gal Gadot) living and working among mortals, remaining selfless in a vibrant era of excess and “having it all.” But her own values are challenged as she reunites with a lost love while stepping into the spotlight to help humanity escape a dangerous world of its own making. Also starring Chris Pine, Kristen Wiig, Pedro Pascal, Robin Wright and Connie Nielsen.

The Flash will hit theaters on November 4, 2021, while Shazam! Fury Of The Gods will arrive on June 2, 2023. Stay tuned for all the latest news on the future of Gal Gadot’s Wonder Woman, and be sure to subscribe to Heroic Hollywood’s YouTube channel for more original video content!