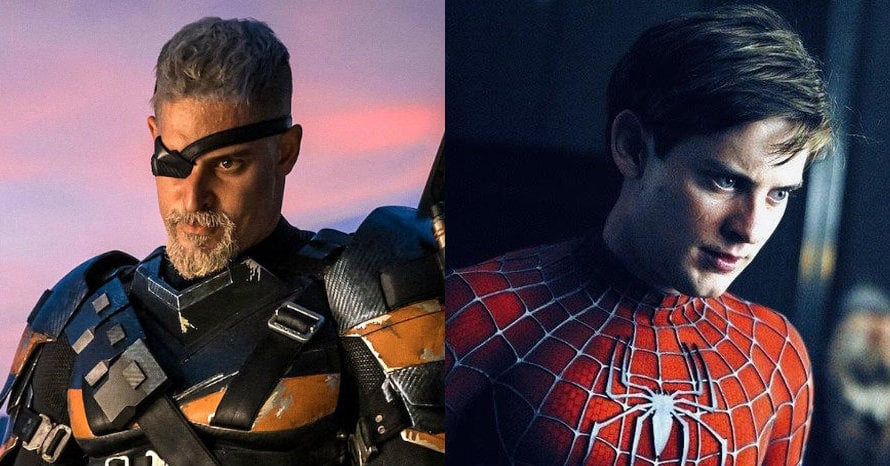 Deathstroke star Joe Manganiello revealed that he was offered another Marvel role after his appearance in Sam Raimi’s Spider-Man trilogy.

Most fans were probably first introduced to Joe Manganiello back in 2002’s Spider-Man, where he played high school bully Flash Thompson. He’s only grown more popular over the years, with many audiences wanting to see more from his version of Deathstroke who was glimpsed in both versions of Justice League. But surprisingly the star also revealed that he was offered another Marvel role after his appearance in Spider-Man.

During a recent appearance at Justice Con, the Deathstroke star explained that with all the work between Disney and Sony in helping to build out the Marvel Cinematic Universe, there’s plenty of exciting characters on the horizon. But Joe Manganiello also confessed that he was offered a role in a Marvel role after Sam Raimi’s Spider-Man, but says he wants to wait for the right character to come along – “someone who can stick around for a while.” Take a look below

“It depends what it consists of. With Sony doing Sinister Six, putting together their universe, the X-Men coming over to Disney, and the possibility of Secret Wars surfacing at some point in the future, I just think there are so many amazing characters in Marvel. I will say I was actually offered a part in a Marvel film a few years ago…I grew up on Marvel comics so if I was going to join the universe, I really want it to be the right role and I think sometimes you have to hold out for that right one. So, a little cameo as Flash Thompson, I’d rather do something more substantive — [play] someone who can stick around for a while.”

Which Marvel role do you think the Deathstroke star was offered after Spider-Man? Who would you like to see Joe Manganiello as in the Marvel Cinematic Universe? Sound-off in the comments below!

Zack Snyder’s Justice League cut is now available on HBO Max. Stay tuned for the latest news regarding Deathstroke star Joe Manganiello, Spider-Man and the Marvel Cinematic Universe, and make sure to subscribe to our YouTube channel for more content!