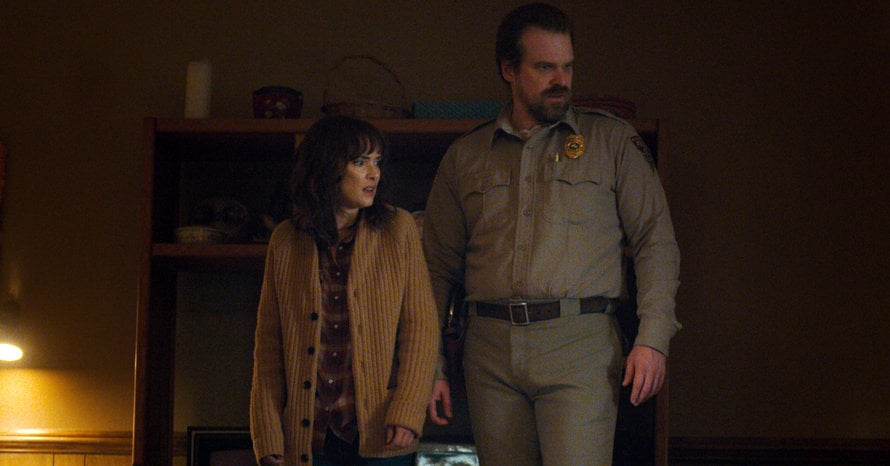 David Harbour admits that he absolutely hated working with the family dog in the first season of Stranger Things.

In the show’s three seasons, Stranger Things saw a lot of characters come and go. One that you probably completely forget about, however, was the family dog, Chester, in the show’s first season. The dog was not brought back for a second season and was never mentioned again. This was apparently because the dog was intolerable to work with on the set of the show.

In a recent interview with Hot Ones, Stranger Things star David Harbour recalled the dog on set and how he absolutely hated working with the canine. The dog had a habit of wandering off in the middle of a take, leading the actor to suggest they get rid of it for the next season:

“I hated that f*cking dog so bad. Take after take it would wander off or do something. And then I remember the trainer on the sidelines going, ‘Come on! We got to make our money!’ Yeah, I walked up to them and I was like, ‘You know, the Byers should probably have that dog put to sleep next season.’ We never talk about it the whole rest of the show … We should find it in the Upside Down in one of these future seasons.”

Did you even remember that the Byers had a dog in Stranger Things? Were you surprised they got rid of it for season 2? Let us know what you think in the comments below!

Here is the official synopsis for the third season of Stranger Things:

“It’s 1985 in Hawkins, Indiana, and summer’s heating up. School’s out, there’s a brand new mall in town, and the Hawkins crew are on the cusp of adulthood. Romance blossoms and complicates the group’s dynamic, and they’ll have to figure out how to grow up without growing apart. Meanwhile, danger looms. When the town’s threatened by enemies old and new, Eleven and her friends are reminded that evil never ends; it evolves. Now they’ll have to band together to survive, and remember that friendship is always stronger than fear.”

Stranger Things seasons 1-3 is available on Netflix. Stay tuned for all the latest news on the show’s upcoming season and be sure to subscribe to Heroic Hollywood’s YouTube channel for more original video content!