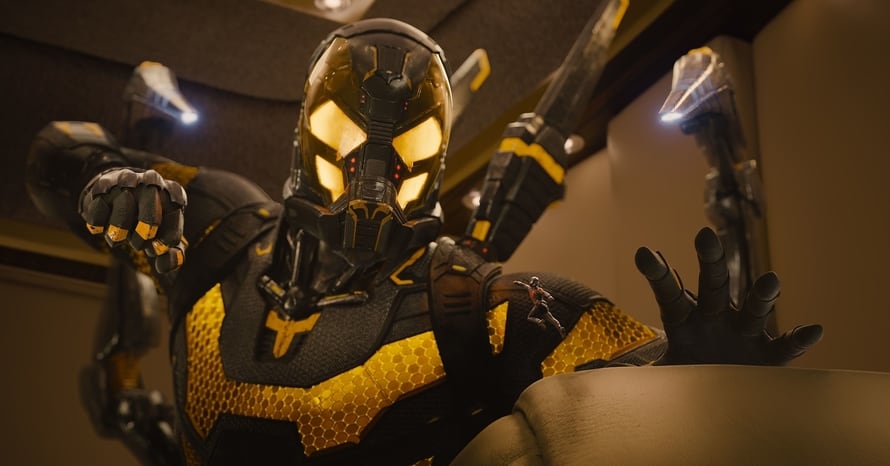 Corey Stoll will reportedly return as Yellowjacket in Ant-Man and the Wasp: Quantumania after an Easter egg of the villain was featured in this week’s episode of Loki.

It appears several old Marvel villains will be making returns in Phase Four. Based on the recent Shang-Chi trailer, we learned that the Abomination will finally be back and we have now learned of another. There was no shortage of Easter eggs in the most recent episode of Loki, and one of them was the helmet that belonged to the Ant-Man villain, Yellowjacket.

On Vanity Fair’s Still Watching podcast, senior writer Joanna Robinson dropped the news that Corey Stoll will be back as Yellowjacket in Ant-Man and the Wasp: Quantumania. The last time we saw Yellowjacket, it looked as if he died after his battle with Ant-Man, but with the Marvel Cinematic Universe and the expanding multiverse, no one is ever really gone.

Does the news of Corey Stoll potentially returning as Yellowjacket in Ant-Man 3 excite you? Sound-off in the comments section below!

Ant-Man and the Wasp were last seen in Avengers: Endgame. Here is the official plot synopsis for the Marvel Studios film:

Avengers: Endgame is available on Digital HD, 4K Ultra HD, Blu-ray, DVD, and streaming on Disney Plus, while Ant-Man and the Wasp: Quantumanium will hit theaters on February 17, 2023. Stay tuned for all the latest news on Corey Stoll’s potential return as Yellowjacket, and be sure to subscribe to Heroic Hollywood’s YouTube channel for more original video content.