Black Widow is out now.

The Budapest scene from Black Widow features a blink and you’ll miss it easter egg that nods towards Wolverine.

Light spoilers for Black Widow ahead.

Now that Disney owns the rights to Fox, Marvel can use X-Men characters and locales to their liking, furthering the development of the cinematic universe. The Falcon and the Winter Soldier most recently saw the inclusion of the city-state Madripoor, one of the more iconic locations in the X-Men universe. While Madripoor has its own rich history and set of characters, it’s best remembered for being the city where Wolverine lies low. Marvel’s latest film Black Widow has doubled down on the inclusion of Madripoor by referencing Wolverine’s bar.

During his time in Madripoor, Wolverine owned and operated a bar by the name of Princess Bar. Well, during the Budapest chase sequence in Black Widow, the familiar pink-neon-lit sign is seen in the train station where Yelena and Natasha crash into.  Unfortunately, Wolverine is never explicitly mentioned in the film, but the fact that his bar is literally in the film shows that Marvel is planting the seeds for the character’s Marvel Cinematic Universe debut. As for how Wolverine brought the Madripoor icon to Budapest is yet to be known. Perhaps it’s a franchise that Wolverine has expanded upon throughout Eurasia? 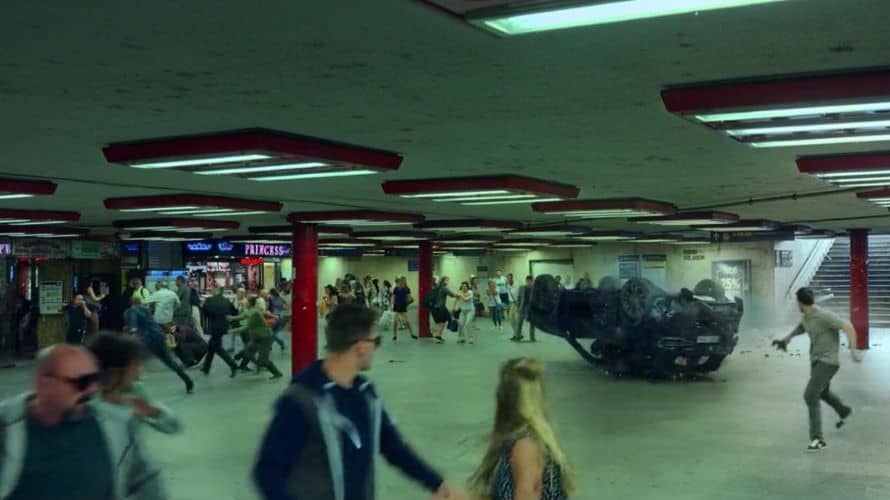 Will you be watching Black Widow this weekend? Comment below and let us know!

Here is the synopsis for Scarlett Johansson’s Black Widow:

The film is out now in theatres and Disney Plus via Premiere Access. Stay tuned for all the latest news on Marvel and be sure to subscribe to Heroic Hollywood’s YouTube channel for more original video content.