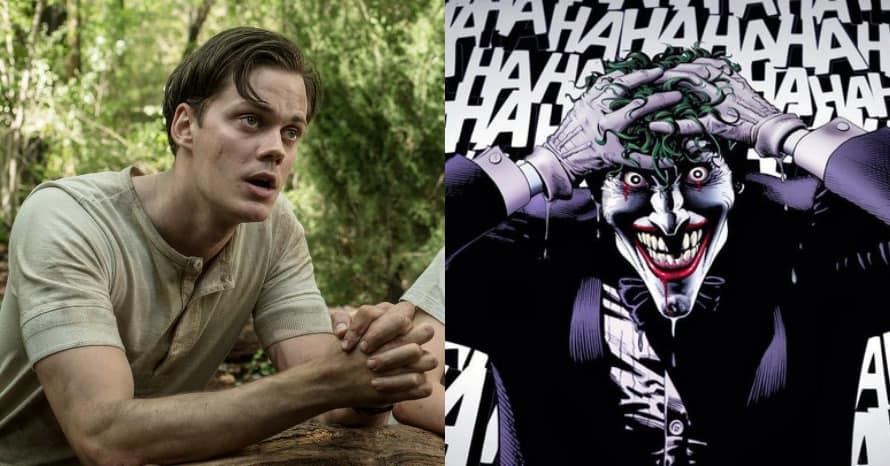 Eternals star Bill Skarsgard is ready to take down Robert Pattinson’s Batman as the next Joker.

The Batman is set to introduce a few new versions of some of the Dark Knight’s biggest members of the Rogue’s Gallery. It’s also rumored that the Robert Pattinson film will introduce a new Joker, and it could be Eternals star, Barry Keoghan.

New art created by William Gray sees another Eternals star in Bills Skarsgard turn into the Joker. Skarsgard is no stranger to wearing clown makeup given his role in It and he looks great in the fan art for Robert Pattinson’s The Batman that you can see below.

Here is the synopsis for Robert Pattinson’s The Batman:

The Batman will hit theaters on March 4, 2022. Stay tuned for all the latest news on the upcoming film, and be sure to subscribe to Heroic Hollywood’s YouTube channel for more original video content.