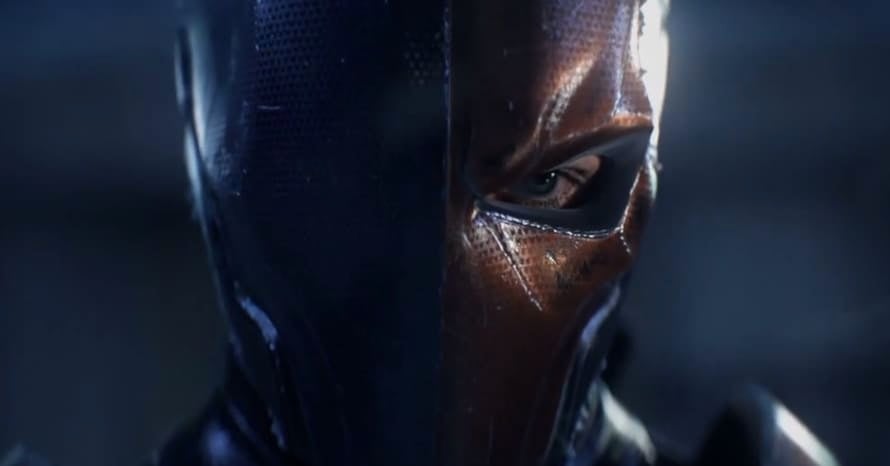 Joe Manganiello recently shared info that the fight scenes in Ben Affleck’s The Batman were inspired by the Deathstroke cinematic for Arkham Origins.

Back when Ben Affleck was still on board to write, direct and star in The Batman and the film would’ve featured Deathstroke as its main adversary. Fans got a first glimpse at Deathsroke’s armor in a screen test Affleck shared back in 2016, and Joe Manganiello was cast in the role. The actor later appeared briefly in the Justice League‘s theatrical cut and will return in the Snyder Cut during the Knightmare sequence.

The Batman has now taken a completely different shape since, with Matt Reeves at the helm and Robert Pattinson starring as a young Dark Knight. On the Happy Sad Confused podcast, Joe Manganiello revealed the fight scenes in Ben Affleck’s The Batman were going to be inspired by the Arkham Origins cinematic from Deadpool director Tim Miller:

“I was in the mix over there. All the executives when it came up that Ben wanted to make Deathstroke the villain. Then this discussion happened where the executives said ‘You know who would be great is Joe.’ And then Zack Snyder, who knew me from year’s previous, said ‘Yeah I know Joe.’ They vouched for me which set up a meeting between Ben Affelck and I. Ben told me ‘You’re the only person I’m meeting with.’ We had a discussion, we watched the Tim Miller video. The Tim Miller piece that got him Deadpool. He made that Arkham Origins Deathstroke vs. Batman video. Ben and I talked about that a lot and how that was going to relate to the action sequences. We talked specifically about one big action piece and what that was going to entail, not in geat detail, but the broad strokes.”

Zack Snyder’s Justice League cut will hit HBO Max on March 18, 2021. Keep it locked to Heroic Hollywood for all the latest news leading up to the Snyder Cut’s release, and make sure to subscribe to our YouTube channel for more content!