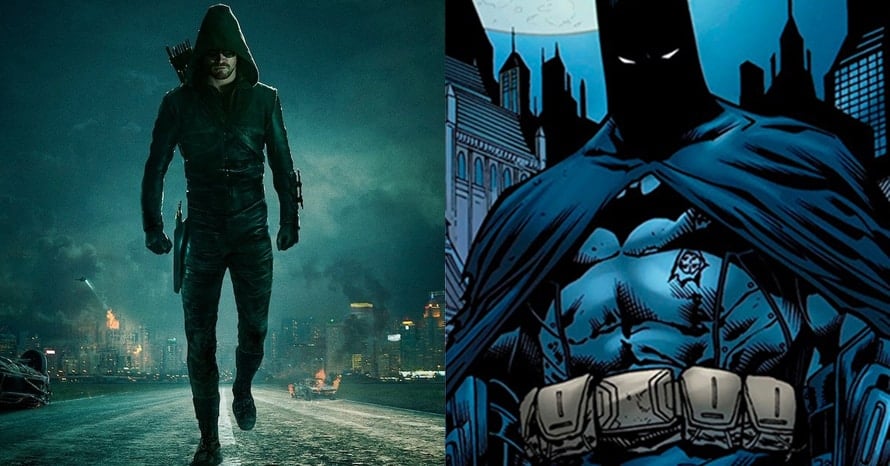 After eight-seasons, The CW’s Arrow concluded with a series finale that focused on Oliver Queen’s sacrifice in Crisis on Infinite Earths and the changes to the timeline that were brought upon by the events of the crossover. Among those changes was the reduced crime rate in Star City that prompted the surviving members of Team Arrow to part ways at the end of the series.

However, Arrow producer Marc Guggenheim revealed that, at one point, he originally conceived a different type of ending for the series. During an interview with Fake Nerd Podcast, Guggenheim explained that he had this “fantasy” of concluding the series with the implication that Oliver Queen’s death inspired a new generation of vigilantes, including Batman:

“I kind of had a little bit of a fantasy that Oliver would die, and you’d end with some sort of news broadcast talking about his legacy and that would sort of become voice over, and then you would go to this rooftop in a whole other city and on the cuts a thug or some bad guy would come crashing through the frame, having been punched off screen. And this pair of black boots would come down right in front of him, and there’d be a flutter of a scalloped cape, and the voice over would say something along the lines of ‘Oliver Queen inspired a whole new generation of vigilantes.’ The implication of course being that he inspired Batman.”

Would you have enjoyed seeing Batman make an implied appearance on the series? Let us know in the comments section below.

Here is the official synopsis for the series finale of Arrow:

STEPHEN AMELL SIGNS OFF AS THE GREEN ARROW; EMILY BETT RICKARDS RETURNS FOR THE SERIES FINALE OF “ARROW” – After eight seasons, and the launch of countless superheroes, the series wraps up the story of the Green Arrow (Stephen Amell). Emily Bett Rickards returns as Felicity. James Bamford directed the episode written by Marc Guggenheim & Beth Schwartz (#810). Original airdate 1/28/2020.

Stay tuned to Heroic Hollywood for the latest news on the future of the Arrowverse without Arrow!