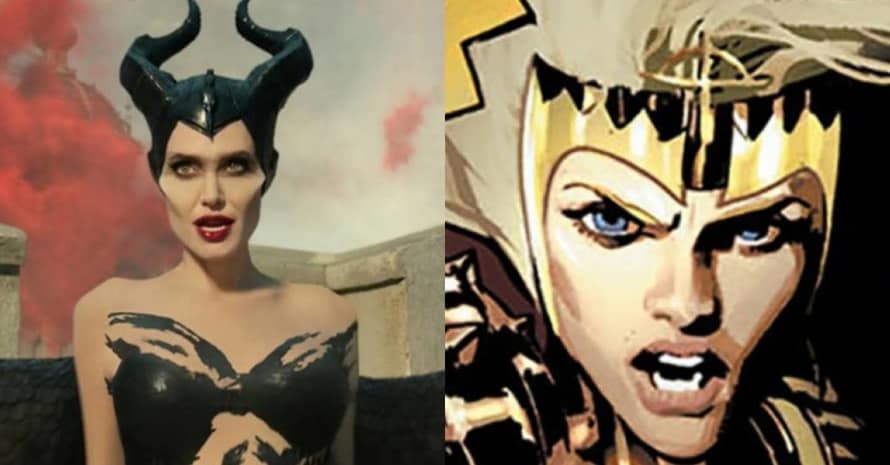 There are very few A-list Hollywood stars who have not appeared in a comic book movie at some point in their career. Angelina Jolie was one of them before she joined Marvel Studios’ Eternals. In the upcoming film, Jolie will play Thena, and while we haven’t gotten an official look beyond concept art, set photos have given us a glimpse at her golden armor.

It might be a bit until we get our first trailer for Eternals, but Angelina Jolie discussed the upcoming Marvel Studios film with Vogue and revealed why she finally decided to join a superhero movie:

“I love this cast, and that we all came together. I signed up to support Chloé [Zhao]’s vision and Marvel’s commitment to expand the way we see “superheroes”. Running around in a gold bodysuit was not how I imagined my forties. But it’s good crazy, I think.”

Which A-list star who hasn’t appeared in a superhero movie do you want to see in a future Marvel or DC film? Share your top choice in the comments below!

Marvel Studios’ The Eternals features an exciting new team of Super Heroes in the Marvel Cinematic Universe, ancient aliens who have been living on Earth in secret for thousands of years. Following the events of Avengers: Endgame, an unexpected tragedy forces them out of the shadows to reunite against mankind’s most ancient enemy, The Deviants.

Marvel’s Eternals is set to hit theaters on November 5, 2021. Stay tuned for the latest news on the Marvel Cinematic Universe’s future, and subscribe to our YouTube channel for more video content in the future!