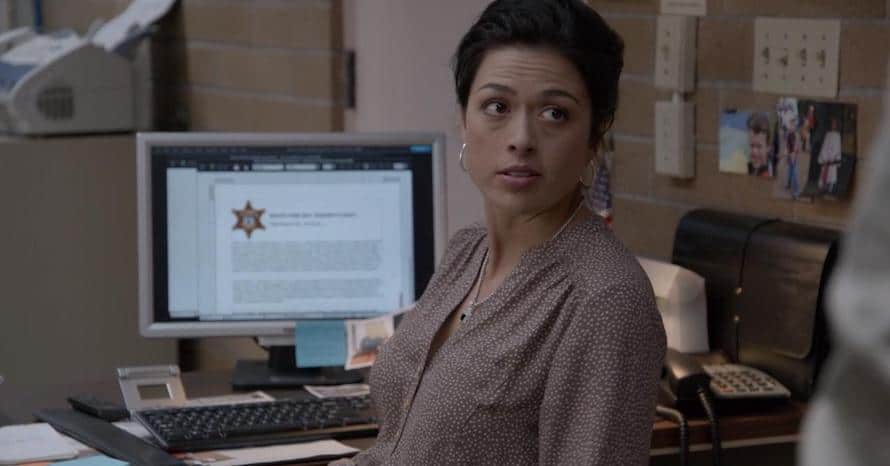 The sixth season of The CW’s Legends of Tomorrow has added Aliyah O’Brien to the cast in a mysterious role.

With  Caity Lotz’s Sara Lance kidnapped by aliens in the Legends of Tomorrow season five finale, the team will need all the help they can get during season six, even Gary Green will be around the group more. A new report from Deadline confirms that Bates Motel star Aliyah O’Brien has joined the cast of The CW show in a mystery role. The outlet’s character description for O’Brien’s role seems to imply that she’ll be an alien warrior that the team both work with and go up against in the next batch of episodes.

Aliyah O’Brien joins the series in a recurring role while Shayan Sobhian was upped to series regular last year. But according to Deadline, O’Brien’s mysterious character ‘Kayla’ has no time for human incompetence and struggles to deal with the bizarre dysfunctional nature of the team. The series will return later this year, so there’s plenty of time to theorize if Aliyah O’Brien is playing a character adapted from the comics or if she’s an original creation for the series. Take a look at Deadline’s character description below.

“O’Brien will play Kayla, a fearsome warrior with a high body count and low patience for human incompetence. She’ll be put through her paces working with and against the Legends as she’s certainly not used to messing anything up much less for the better.”

What do you make of the latest cast member to join Legends of Tomorrow? Are you excited to discover who Aliyah O’Brien is playing on the show? Sound-off in the comments below!

Here’s the synopsis for the Legends of Tomorrow season finale “Swan Thong”:

SEASON FINALE – Still controlled by the Fates, the Legends find themselves in 1984-esque world, they soon discover that things aren’t as they thought they would be. The Legends must convince the civilians to trust them and stand up for their right to choose, but the Fates don’t make it easy by resurrecting the Encores once again. Caity Lotz, Jes Macallan, Dominic Purcell, Nick Zano, Tala Ashe, Maisie Richardson-Sellers, Olivia Swann and Matt Ryan also star. Kevin Mock directed the episode written by Keto Shimizu & Morgan Faust.

Legends of Tomorrow will return on The CW in 2021. Stay tuned Heroic Hollywood for all the latest news regarding Aliyah O’Brien, the Arrowverse and subscribe to our YouTube channel for more video content in the future!