“Since the 1950’s, GODZILLA has spawned a worldwide fan base,” says John M. Davis, The Op’s President and CEO. “Today, with our games, older fans can nostalgically relive childhood memories while introducing their families and younger generations to the world’s most revered monster.”

“Seeing what The Op has done to bring the world of GODZILLA into these classic games has been such an enjoyable experience” says Chris Mowry, Associate Brand Manager for Toho International, Inc. “The way they adapt the brand into these games to make them original and fresh is sure to please fans of all ages.”

MONOPOLY: Godzilla and JENGA: Godzilla Extreme Edition will be available throughout North America in specialty stores this Spring, with a $39.99 and $19.99 MSRP, respectively.

Check out the details and images below.

Demolish the competition in a city-terrorizing twist on the classic board game with MONOPOLY®: GODZILLA. Begin the invasion by buying, selling and trading locations like Monster Island, Goro’s Workshop, and Kitakami Lake and take over the board with Facilities and Bases. Custom sculpted tokens of giants such as Mothra, GODZILLA, King Ghidorah, and Mechagodzilla easily impose on anything in their path! 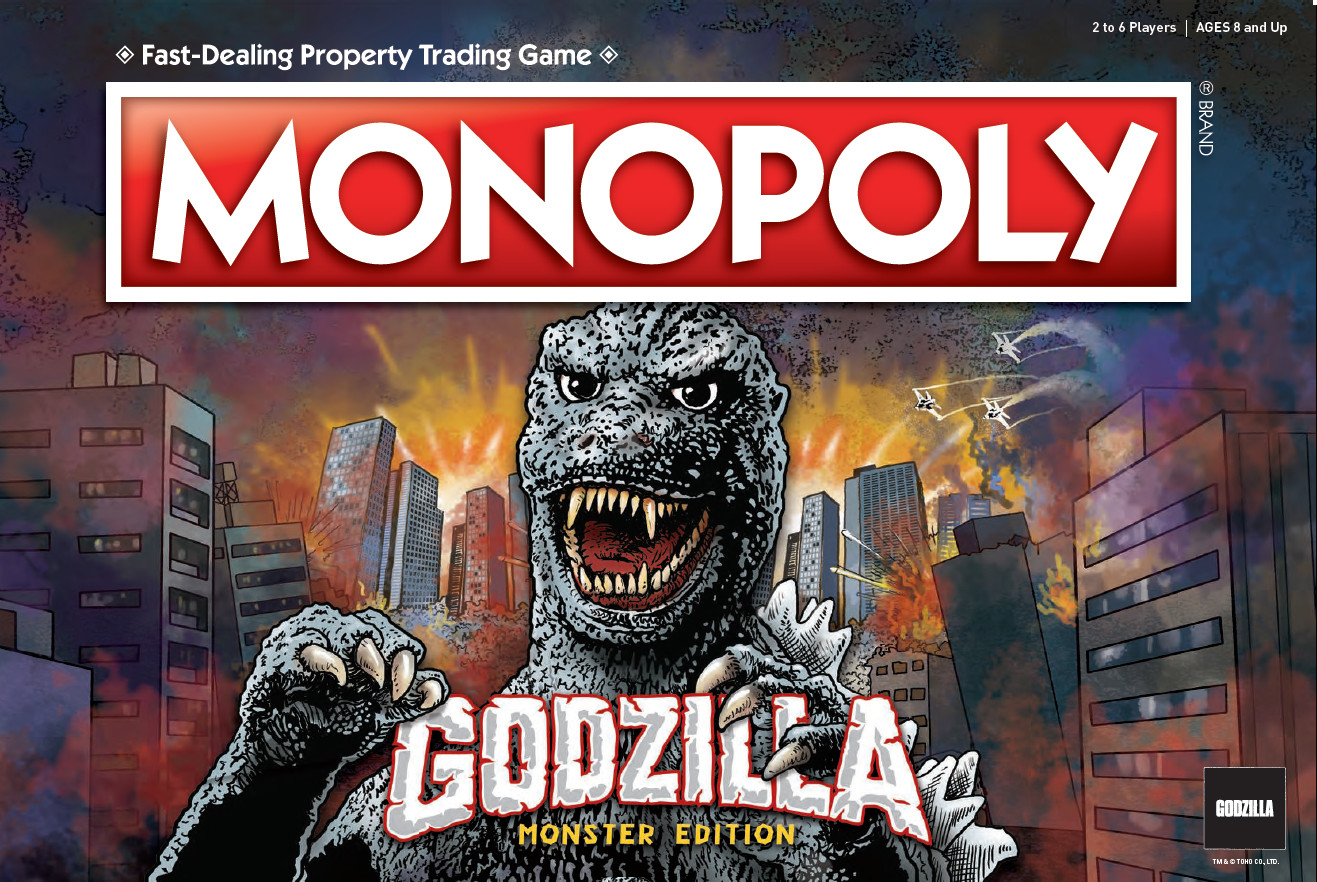 Beyond belief… GODZILLA is on the rampage again! With JENGA® GODZILLA Extreme Edition, the titan of terror is trying to bring your tower down with a heat ray. Featuring custom game play, players remove and replace blocks according to the directives to keep it standing through every threatening roll of the dice. Beware, GODZILLA marches toward the tower raising the threat of destruction with every step! 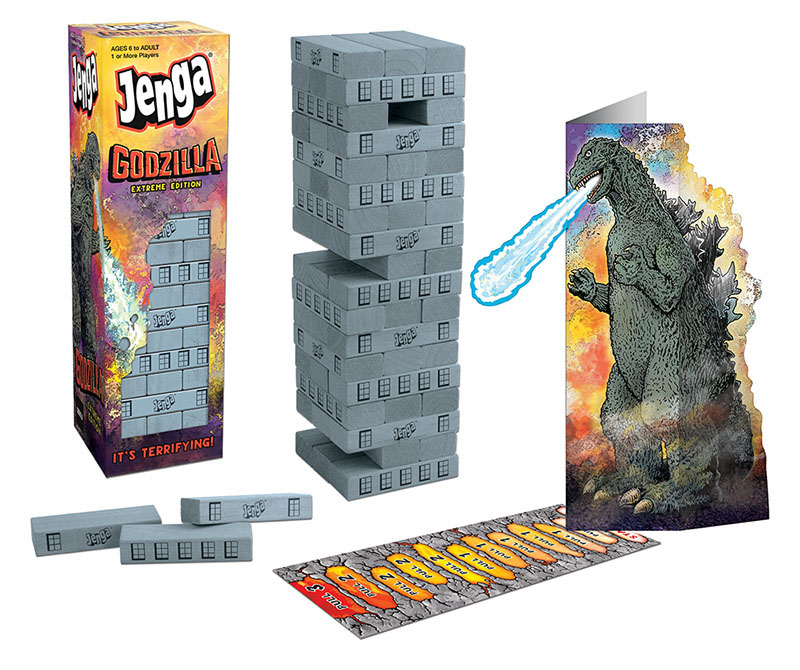