Ahead of its July 31st premiere date, Netflix has released a brand new poster for the upcoming second season of The Umbrella Academy, featuring all seven members of the superpowered family sporting some very cool sunglasses that are literally more than meets the eye.

While you’ll have to zoom in closely on the poster to make out what’s happening, the reflection of each character’s glasses features an Easter Egg that teases some of what’s to come in season two, which is expected to feature a ton of time traveling as the Hargreeves head to the ’60s and beyond.

It’s uncertain when a trailer might arrive, but with this new poster, recent character posters and fresh stills, it seems like its arrival may be just around the corner. 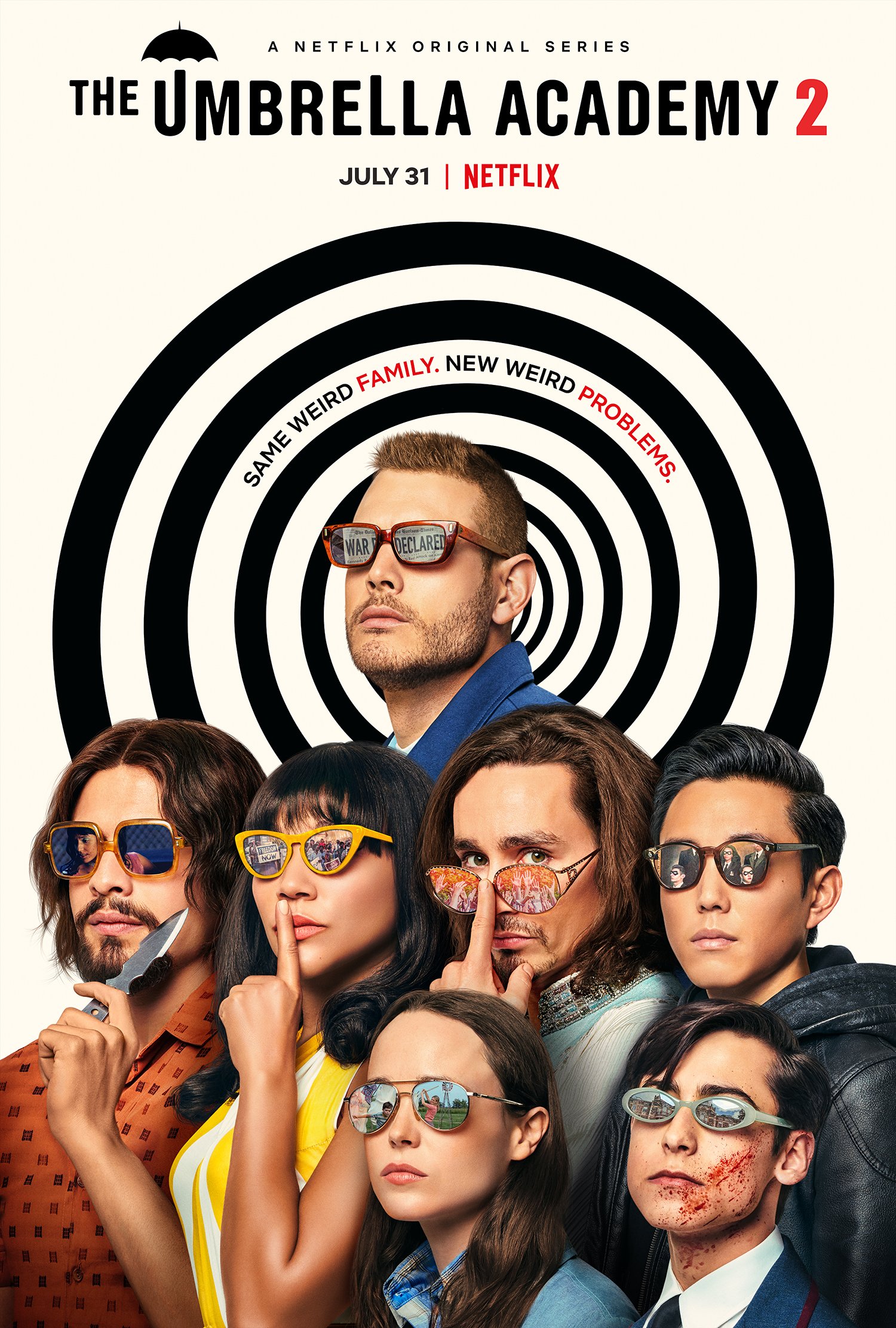 On the same day in 1989, forty-three infants are inexplicably born to random, unconnected women who showed no signs of pregnancy the day before. Seven are adopted by Sir Reginald Hargreeves, a billionaire industrialist, who creates The Umbrella Academy and prepares his “children” to save the world. But not everything went according to plan. In their teenage years, the family fractured and the team disbanded. Now, the six surviving thirty-something members reunite upon the news of Hargreeve’s passing. Luther, Diego, Allison, Klaus, Vanya and Number Five work together to solve a mystery surrounding their father’s death. But the estranged family once again begins to come apart due to their divergent personalities and abilities, not to mention the imminent threat of a global apocalypse.