Before the weekend, James Gunn unexpectedly revealed the full cast of The Suicide Squad. Following the filmmaker’s firing by Disney, he decided to join the DC Extended Universe and while he’s since signed up to take the helm of Guardians of the Galaxy Vol. 3, this movie comes first.

After unveiling that cast list, Gunn confirmed that it could be a very long time before we hear anything about who they’re playing. Lucky for you guys, though, we’ve gone back through the archives and scoured the web to bring you an idea about who (most) of these actors will play here.

We also bring you some information on each of the cast members so you know who they are, where you’ve seen them before, and what they’ll potentially bring to the table in The Suicide Squad.

So, to check out this breakdown in its entirety, simply click the “View List” button down below! 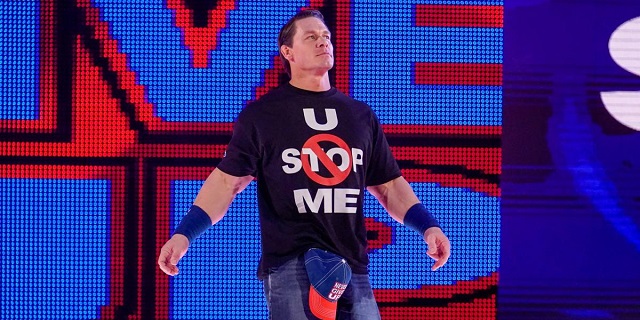 John Cena made a name for himself in WWE as one of the company’s most popular (and divisive) wrestlers. In recent years, he’s rarely stepped into the squared circle as his priority has instead become a career in Hollywood just like Dwayne “The Rock” Johnson before him.

Cena has received positive reviews for his performance in movies like Bumblebee, Blockers, and Daddy’s Home 2, while he will soon be seen in Fast & Furious 9 and The Voyage of Doctor Dolittle.

Rumour has it that Cena will play Peacemaker, a character who loves motorbikes and guns…and vigilantism. It’s easy to imagine this being a comedic role for the former WWE Champion and the anti-hero has some history with Task Force X after being recruited by Amanda Waller to join a group known as the Shadow Fighters. 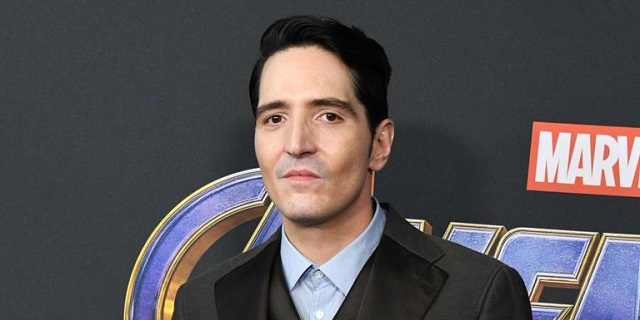 Things have been going well for David Dastmalchian since he first showed up in The Dark Knight and, in recent years, he’s made a couple of memorable appearances in the Marvel Cinematic Universe as part of the Ant-Man franchise and also shown up in the likes of Gotham and The Flash on TV.

In the past, reliable sources have claimed that Dastmalchian will star as Polka-Dot Man in The Suicide Squad. He’s an obscure Batman villain who uses the polka-dots on his costume as weapons. 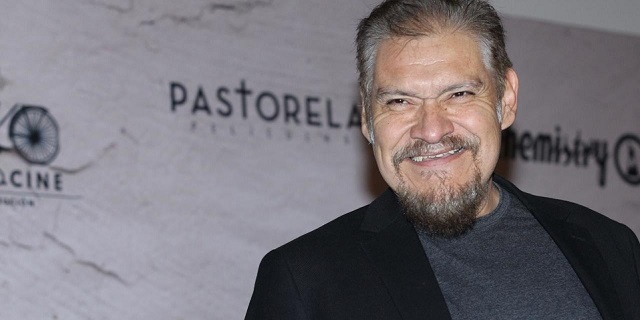 Joaquín Cosio voiced Scorpion in Spider-Man: Into the Spider-Verse and has a long list of acting credits to his name, including Quantum of Solace, Narcos: Mexico, and The Strain (not to mention a variety of films and TV shows in his home country of Mexico).

Unfortunately, we have no idea who he’s playing as of right now as he was an unexpected addition to this impressive ensemble. 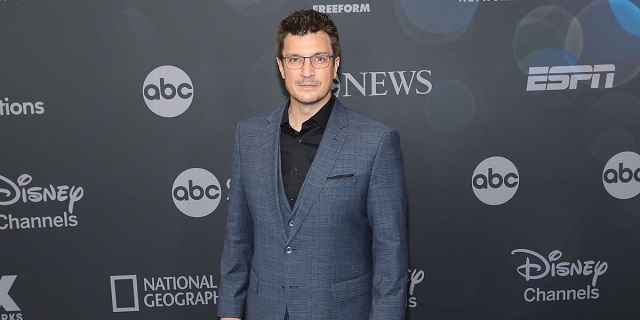 Nathan Fillion is an actor with a lot of geek cred to his name and you probably don’t need us to list the many, many movies and TV shows he’s appeared in since starring in Joss Whedon’s Firefly.

However, those of you who haven’t been keeping a close eye on his career will still almost certainly recognise him from Castle, Santa Clarita Diet, and Modern Family! Once again, his role is a mystery. 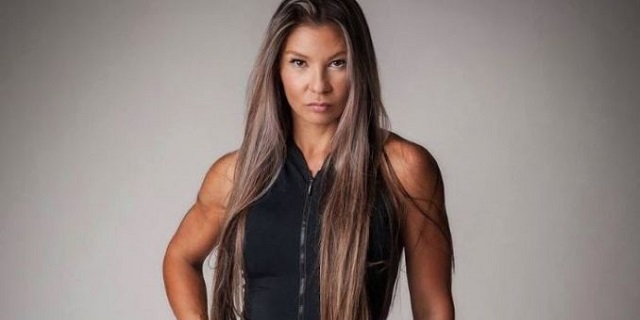 Mayling Ng’s name may not be instantly recognisable but she’s a black belt Martial Artist and Fitness Champion who represented Singapore in the USA in 2013. A legitimate badass, she appeared in Wonder Woman as the Amazon you probably remember seeing leaping off that cliff in all the trailers!

It’s possible she’s playing that same Amazon here but seeing as she mostly did stuntwork on that DC Comics adaptation, it’s possible Ng has a new role in The Suicide Squad. One very interesting theory is that she’s playing Orana, an Amazon who once defeated Diana Prince for the title of “Wonder Woman.” 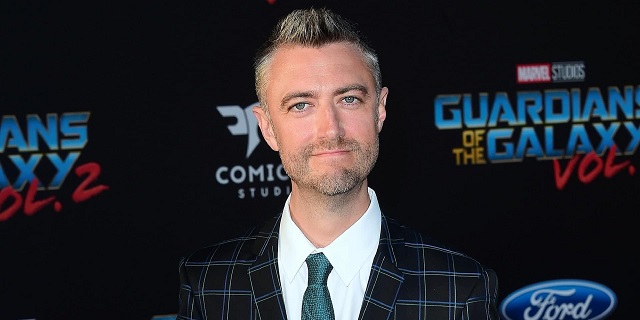 In the Marvel Cinematic Universe, Sean Gunn plays Ravager member Kraglin and performs all of Rocket’s movements and lines on set. It’s not exactly a shock that he’s following his brother to the DC Extended Universe but his role is a mystery and time will tell whether he’ll don another mo-cap suit or play a human character presumably based off another obscure DC Comics supervillain. 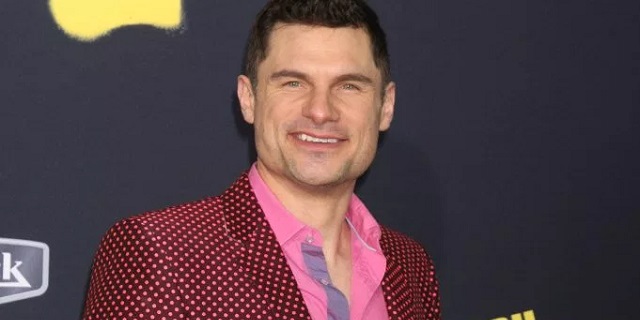 Flula Borg is a German comedian whose acting credits are mostly made up of voiceover roles in shows like Archer and Tangled: The Series as well as Disney movie Ralph Breaks the Internet.

We don’t know the name of his character but it’s said he will play a “love interest” to one of the members of the team so don’t be surprised if he’s mostly used in a comedic capacity here. 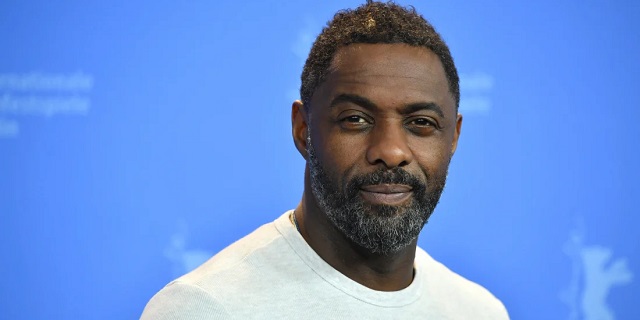 Idris Elba is one of the best actors working in Hollywood today and after making a name for himself in shows like The Wire and Luther, he made the leap to the big screen to star in everything from Thor: Ragnarok to Fast & Furious Presents: Hobbs & Shaw.

Originally cast to replace Will Smith as Deadshot, something changed along the way and he’s now playing a completely different character. That role has never actually been revealed but the prevailing theory/rumour is that he’ll be suiting up as Bronze Tiger. 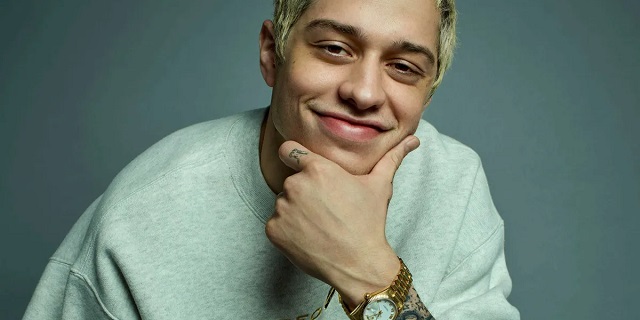 Pete Davidson made a name for himself on Saturday Night Live (and by dating insanely hot women) but he’s since attempted to enter the world of acting with roles in What Men Want and The Angry Birds Movie 2 to his name. We have absolutely no idea who he’ll play in The Suicide Squad but there’s been speculation on social media that he could wind up replacing Jared Leto as The Joker! 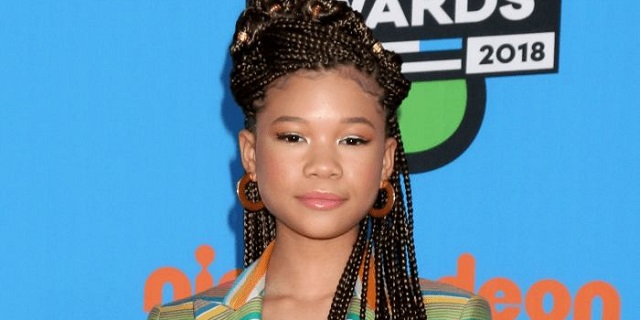 Storm Reid is a fairly young actress who made a name for herself when she appeared in A Wrinkle in Time. Since then, she’s starred in critically acclaimed Netflix docudrama When They See Us.

According to the trades, Reid will play the daughter of Idris Elba’s character so that presumably makes her the Bronze Tiger’s child. Well, unless Gunn has indeed decided to recast both Deadshot and his daughter for this movie but that seems unlikely based on what we’ve been hearing. 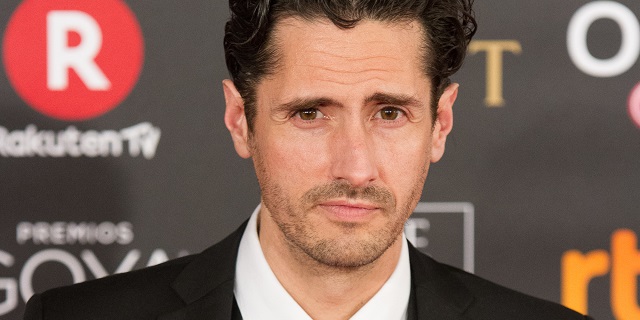 The Suicide Squad should serve as a breakout role for Juan Diego Botto, especially as he’s not really done a whole lot outside of his native country of Argentina. He’s perhaps best known for starring in La Celestina and 1492: Conquest of Paradise, and his role is also currently being kept a secret.

However, given his and Cosio’s casting, you have to wonder about a South American setting for the film! 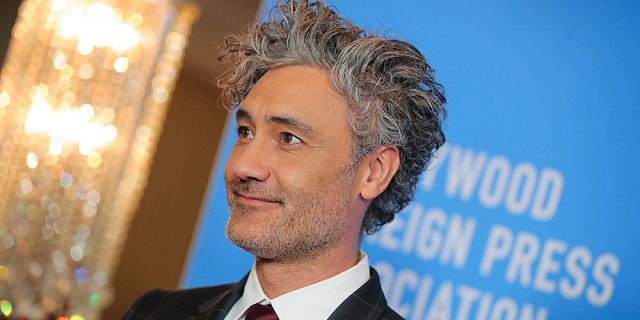 Taika Waititi is an accomplished director who saved the Thor franchise with 2018’s Ragnarok. He’s currently receiving rave reviews for helming and starring in Jojo Rabbit but he will make the leap from playing Korg to starring as a currently unknown character in The Suicide Squad. We don’t know if he’ll appear as himself or as a CG character but chances are he’ll keep that Kiwi accent of his! 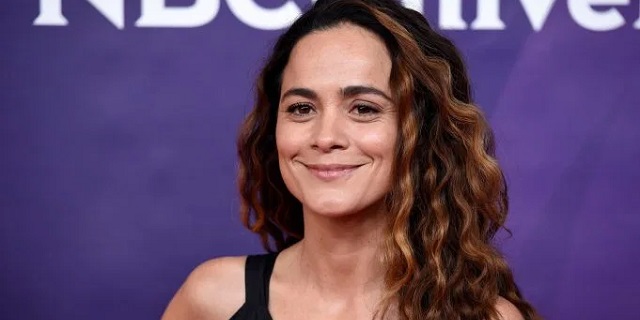 Remember what we said about a possible South American setting? Well, Alice Braga hails from Brazil and has a number of big budget blockbusters on her IMDb page, including I Am Legend, Predators, and Elysium. She’s also set to play Dr. Cecilia Reyes in The New Mutants but chances are The Suicide Squad will arrive in theaters before that trouble Marvel movie from Fox does!

Once again, we’ve been left in the dark about who she’s playing in this DC Comics adaptation. 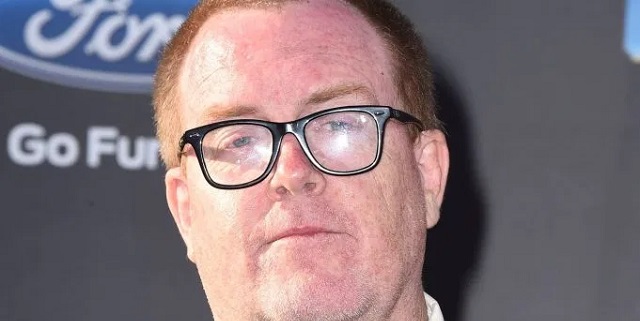 Steve Agee is a well-known writer and actor who worked with James Gunn on Guardians of the Galaxy Vol. 2 when he played Ravager member Gef. Aventure Time, Superstore, and New Girl can also be counted among his credits, and Deadline has previously reported that he voices King Shark.

Fans are very excited to see that massive villain on the big screen and Agee is definitely an interesting choice for The Suicide Squad, especially after Michael Rooker was once rumoured for the role. 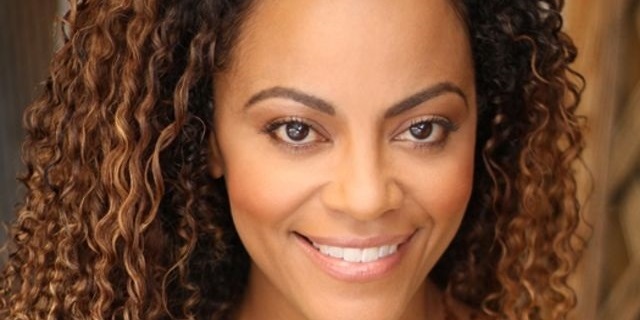 Tinashe Kajese’s star is very much on the rise and has only really made minor appearances in TV shows and movies before now (she was “Cop 1” in Outcast, for example). Her role is also a mystery but it’s not outside the realm of possibility that she’s playing the wife of Bronze Tiger seeing as it looks like we’ll get a glimpse of that villain’s home life. For now, we’ll obviously have to wait and see. 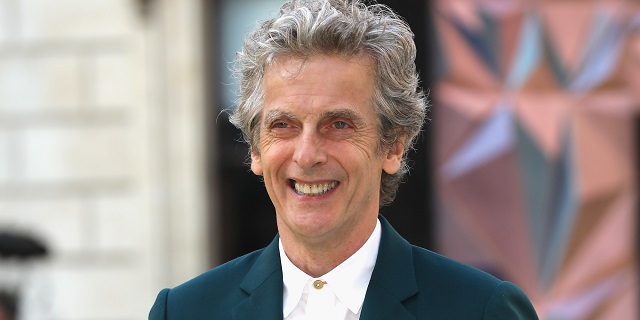 Peter Capaldi is now best known for starring in Doctor Who and his addition to this cast is both exciting and very intriguing. Literally all we know is that he’s shaved his head for the role and will be completely bald so…get guessing! It’s an interesting move by Gunn to add this actor to the DC Extended Universe and we wouldn’t be at all surprised if he winds up being The Suicide Squad‘s baddie. 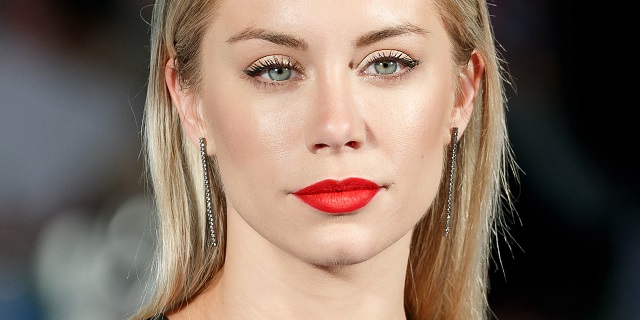 Jennifer Holland is James Gunn’s real-life girlfriend but she does have some acting credits to her name, including American Horror Story, Brightburn, and Rush Hour. Her casting came as a complete surprise so you probably won’t be shocked to learn that she’s someone else whose role is a mystery.

The question is, will Gunn add her to Task Force X? She certainly looks the part to play any number of DC Comics villains and Killer Frost would be one very interesting choice in that respect. 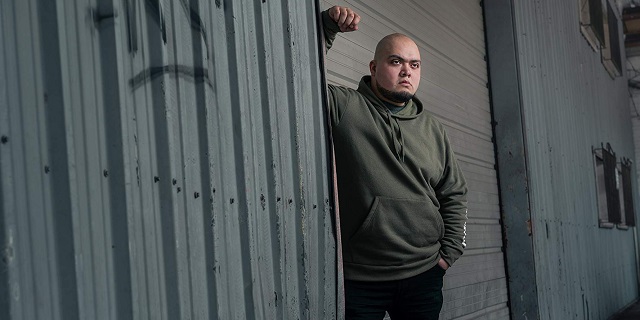 Julio Ruiz has appeared in Zoo, Preacher, and S.W.A.T. in minor roles so your guess is as good as ours when it comes to which character from the comics he’s playing in The Suicide Squad.

He’s a big guy, though, so it could be that he’ll show up as a heavy or a formidable villain of some sort for the members of Task Force X to square off with. You wouldn’t want to cross him anyway! 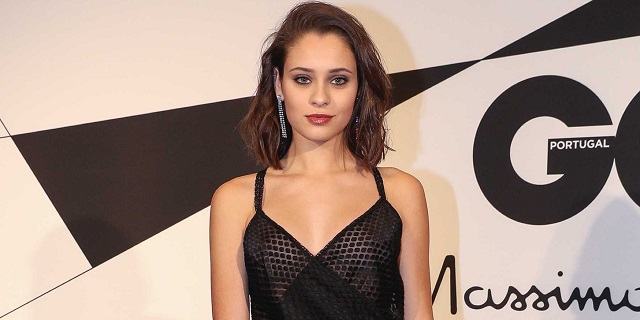 Daniela Melchior isn’t really that well-know outside of her home country of Portugal and The Suicide Squad actually marks her first major studio role. Here, though, she’ll play Ratcatcher, a character from the comic books who is a man there but will be a woman in the DC Extended Universe.

Ratcatcher has an ability to train rats for his own nefarious means in the source material and that alone will make this member of Task Force X very, very unique. Interestingly, the trades have noted that her character is expected to have a connection to whoever Idris Elba is playing here. 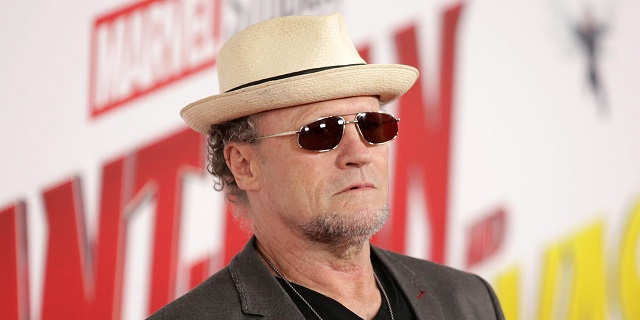 We all thought that Michael Rooker was playing King Shark but that no longer seems to be the case so The Walking Dead and Guardians of the Galaxy star’s part in The Suicide Squad is unknown.

It’s hardly a surprise that he’s following Gunn to the DCEU and whoever he ends up playing, you just know that Rooker stands a very good chance of stealing the show in this highly anticipated movie. 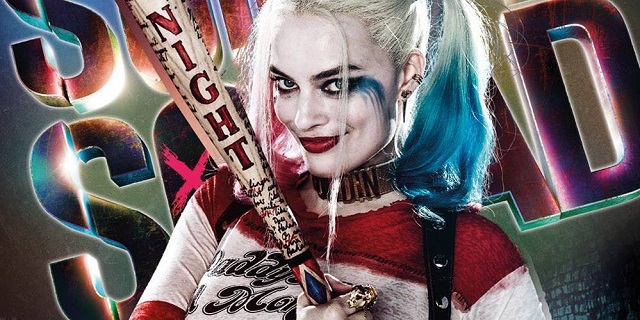 While there are plenty of new additions coming to The Suicide Squad, we’ll also see a fair few characters from David Ayer’s 2016 movie. Gunn would have been foolish not to bring at least some of those actors back and among the now confirmed names are Margot Robbie (Harley Quinn), Viola Davis (Amanda Waller), Jai Courtney (Boomerang), and Joel Kinnaman (Jack Flag).

Now, we just have to hope he doesn’t kill them all off within the first five minutes!