“A war left unfinished… until now.”

It was announced during last year’s SDCC 10th Anniversary panel for The Clone Wars that the much-loved animated series would return for a seventh season, and the full trailer has now been officially released online.

The footage gives us a much better idea of what to expect from this final batch of episodes, and features returning characters such a pre-dark side Anakin Skywalker, Obi Wan Kenobi, Captain Rex, Yoda, and more. We also get a brief glimpse of what is certain to be a fierce battle between Ahsoka Tano and Darth Maul.

The Clone Wars finished up back in 2014 and while it did end on a satisfactory note for many fans, it was clear that there were still plenty of stories left to tell. Now, we get to see them!

Star Wars: The Clone Wars will be returning with 12 all-new episodes on the Disney+ streaming service on February 21. Check out the new trailer and a poster below, and let us know what you think. 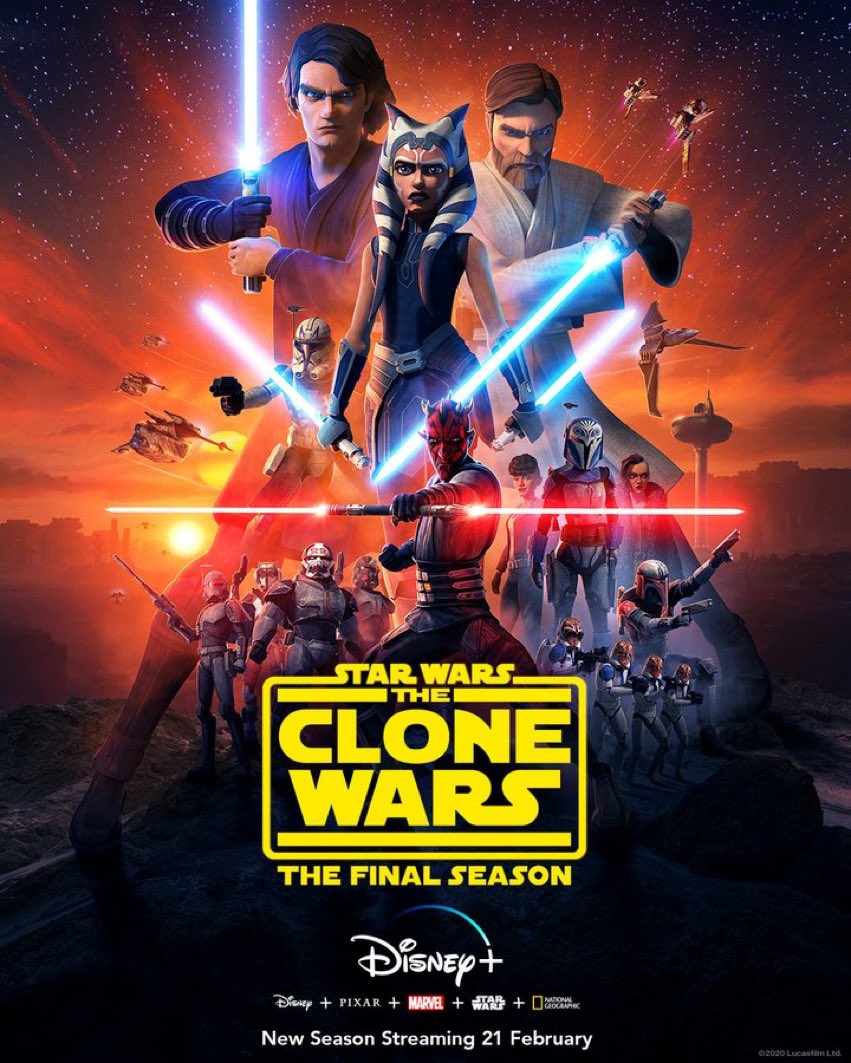