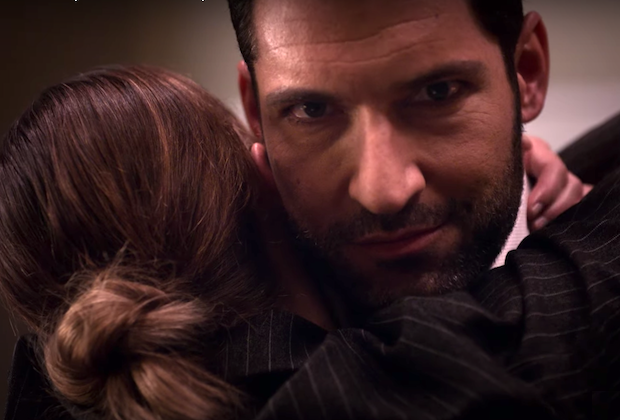 Netflix has released the first official trailer for the hotly-awaited fifth season of Lucifer and it contains one helluva twist as it’s revealed that when the Devil (Tom Ellis) returns to Earth, he won’t quite be himself…

As you’ll see below, when “Lucifer” reunites with Chloe (Lauren German), Maze (Lesley-Ann Brandt), Amenadiel (D.B. Woodside) and the rest of his friends, he won’t actually be Lucifer – he’ll be his twin brother, the incredibly powerful and increasingly dangerous Michael, who has his sights set on ruining the life his brother has built in Los Angeles.

There’s no first look at God (Dennis Haysbert), but there’s plenty of fun action and romance to tide you over until the season premiere on August 21st. The first half of the season will premiere then, with the latter eight episodes set to debut at the tailend of this year.

In the stunning fifth season, the stakes are higher than ever…

Secrets will be revealed, beloved characters will die, and we’ll finally get an answer to the question, ‘Will they or won’t they?